Tasting notes - Distinguished by complexity, the subtle aromas of fern and hay are layered with passion fruit, lemon zest and grapefruit and earthy minerality. The rich and creamy palate is beautifully balanced by fresh minerality through to a charming, classy finish 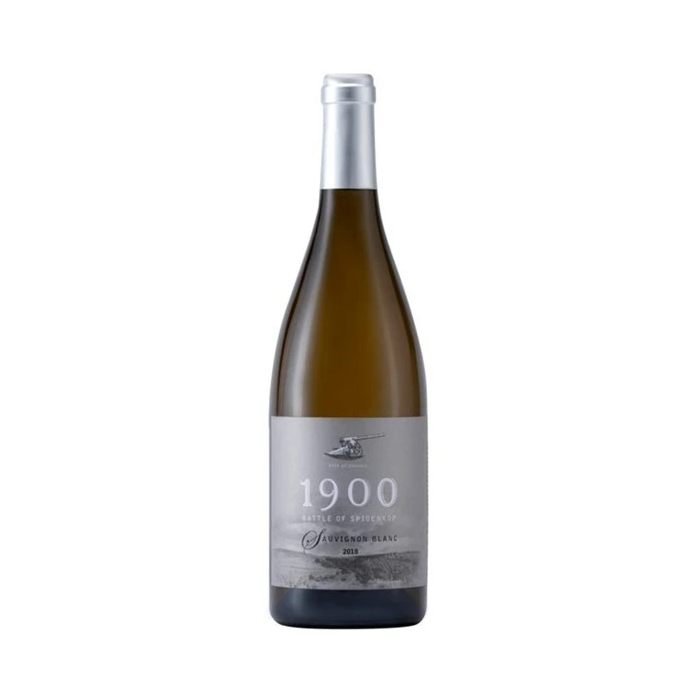 A rich and creamy Sauvignon Blanc, which is beautifully
balanced by fresh minerality and lively notes of passion
fruit, lemon zest and grapefruit.
Producer Note
Koen Roose became the founder, owner, winemaker and viticulturist all in one when he
purchased Spioenkop in 2000. A former engineering student, he instead followed his
passion for wine and became a qualified sommelier. Having worked vintages in
Burgundy and South Africa, he nurtured his dream of creating a vineyard in the coolclimate region of Elgin. Planted in 2007, the dream became reality, with Koen following
a philosophy of dry farming, with low intervention and free from artificial fertilisers,
pesticides and herbicides. The farm is named after the Battle of Spioenkop in 1900,
during the Anglo-Boer War. As a history enthusiast, Roose kept the name, and fittingly,
Spioenkop is now creating its own history producing award-winning wines and has
been awarded First Growth status by Tim Atkin MW in 2020 and 2021.
Vintage
2018 was a hot and sunny vintage, with below-average rainfall in the Elgin region. The
cooler microclimate of the vineyard, with its proximity to the mountains, came into its
own and produced enough water to relieve the vines. Small berries were produced at
harvest with excellent colour and flavour concentration.
Vineyard
Elgin Valley is surrounded by mountains, which creates a cool micro climate, resulting
in temperatures 3°C degrees lower on average than surrounding areas. The valley
funnels cooling sea breezes from the Atlantic, which is just seven miles away. The
vineyard is situated between 250 to 300 metres above sea-level and has a south-east to
easterly aspect to optimise sun exposure. The soils are clay mixed with iron-rich ferricreet
cobbles and shale. The clay soils retain exactly the amount of water needed; while the
steep slopes and rocky top soils guarantee sufficient drainage. These nutrient-poor soils,
combined with a dry farming policy, impart intensity and character to the wine and
produce a full-bodied style of Sauvignon Blanc. The Lyre trained vines have an average
age of 11 years and are planted at a high density on R 110-14 rootstocks. Handharvesting takes place into small, 18 kilogram crates.
Winemaking
Each block has his own stainless steel tank and is vinification is tailored to suit. The
grapes were cooled overnight at 6°C, before being destemmed and slightly crushed.
30% of the grapes underwent a long juice extraction with skin-contact, for 30 hours,
while the remaining grapes produced the free-run juice. Following two days of settling,
the juice underwent fermentation with natural, indigenous yeasts at temperatures of
between 11 and 16°C, for 30 days. This wine was vinified without additions; no enzymes
or yeast were added. It spent six months in stainless steel tanks on its natural, fine lees
and was cellared in the bottle for two years at the farm prior release.
Tasting Note
Distinguished by complexity, the subtle aromas of fern and hay are layered with
passion fruit, lemon zest and grapefruit and earthy minerality. The rich and creamy
palate is beautifully balanced by fresh minerality through to a charming, classy finish
Grape
Sauvignon Blanc 100%