Tasting notes - A restrained mineral and fresh Chardonnay with lemon blossom and wet chalk aromas leading to a penetratingly intense palate with bright acidity balancing the rich mid-palate weight. Notes of orange peel, peach and grapefruit peel are layered with lemon cream biscuits through to a long finish. 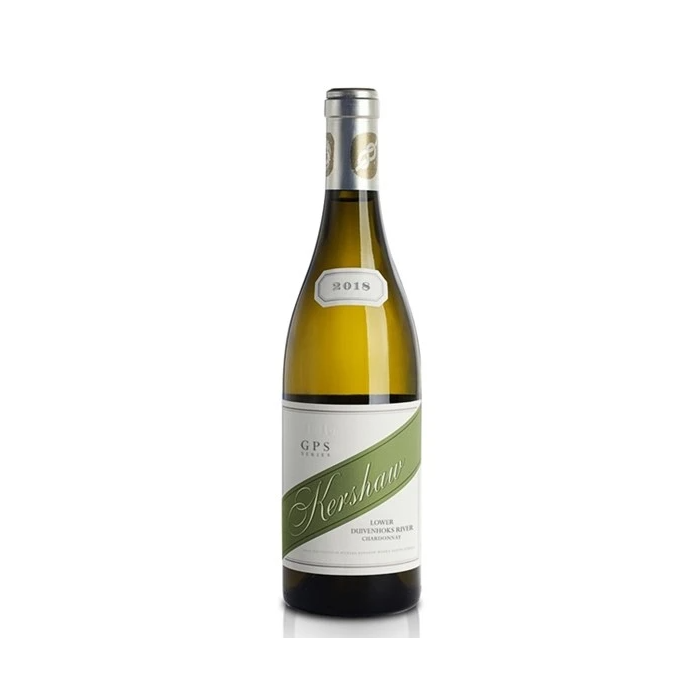 Fresh and intense, with complex notes of orange peel,
peach and grapefruit layered with lemon cream biscuits
through to a long mineral finish.
ProducerNote
Made in tiny quantities, Richard Kershaw MW's wines are always in high demand. Born
in Sheffield, Richard trained and worked as a chef before discovering wine. After
extensive travelling he settled in South Africa in 1999, and by 2009 he was Group
Winemaker at Mulderbosch and Kanu. He established Richard Kershaw Wines in 2012,
specialising in the cool-climate wines of Elgin. Being one of the few MW’s to make his
own wine, he uses his vast knowledge to craft stunning wines that are easily a match
for some of the world’s very best wines.
Vintage
Below-average winter rainfall resulted in drier soils and as a result the crop sizes were
smaller, as less ground water was available for the tap roots. Wet, cool and windy
weather during flowering meant less fruit was pollinated; Chardonnay was down to just
18 hl/ha. However, the smaller berries delivered high aromatic intensity. During the
vegetative period the days were warm, but without damaging heatwaves and the
growing season was cool, resulting in fruit with excellent balance.
Vineyard
The G.P.S. (Grape Positioning System) series is made from exciting small parcels of fruit
selected from carefully chosen vineyards outside the Elgin Valley. The Chardonnay
grapes come from a small parcel of vines which are grown as a single vineyard block
in Lower Duivenhoks River district, in the Western Cape. The pure limestone soil is
something of a rarity in the Western Cape; it is a soil in which Chardonnay flourishes
and produces elegant, fresh wines. The Dijon clone CY95 vines thrive in this warm
Mediterranean climate, which is tempered by the Atlantic Ocean and the nearby
Duivenhoks River. The wide diurnal temperature ranges create a long hang time during
which the grape cluster stays connected to its roots for longer, developing complex
characteristics and achieving physiological ripeness more gradually, balanced by
natural acidity.
Winemaking
Grapes were hand-picked in the early autumnal mornings and were gently whole
bunch pressed up to a maximum of 0.6 bar or until a low juice recovery of 615 litres per
tonne was obtained. The juice was transferred via gravity directly to barrel, without the
use of pumps. The unclarified juice underwent spontaneous fermentation with wild
yeasts. Malolactic conversion was discouraged, retaining a crisp style. The wine
matured in Burgundian French oak for 11 months in total, of which 43.6% was new oak
and 100% was aged in 228 litre barriques, before racking, blending and bottling.
TastingNote
A restrained mineral and fresh Chardonnay with lemon blossom and wet chalk aromas
leading to a penetratingly intense palate with bright acidity balancing the rich midpalate weight. Notes of orange peel, peach and grapefruit peel are layered with
lemon cream biscuits through to a long finish.
Grape
Chardonnay 100%