Tasting notes - A restrained, mineral style focussed on elegance with a white fruit character, a touch of oatmeal and delicate oak spice notes. 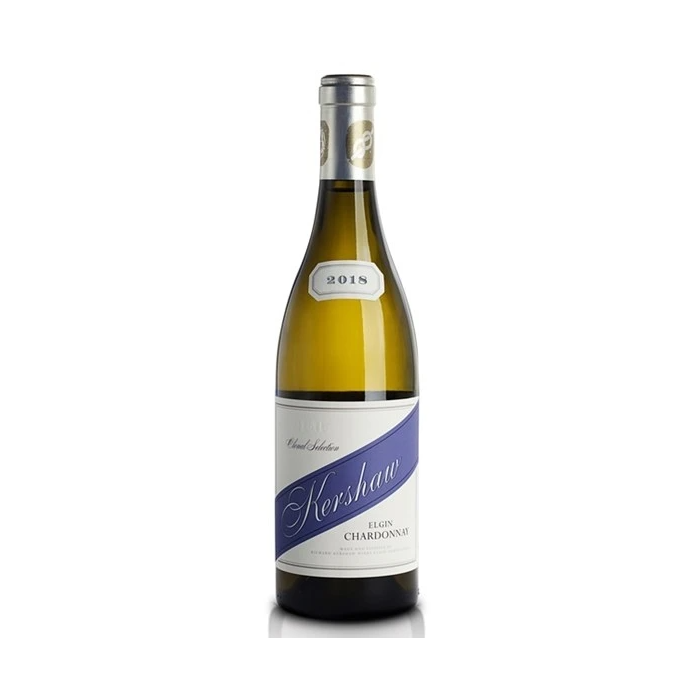 A restrained, mineral style focussed on elegance with a
white fruit character, a touch of oatmeal and delicate
oak spice notes.

Vintage
Below-average winter rainfall resulted in drier soils and as a result the crop sizes were
smaller, as less ground water was available for the tap roots. Wet, cool and windy
weather during flowering meant less fruit was pollinated; Chardonnay was down to just
18 hl/ha. However, the smaller berries delivered high aromatic intensity. During the
vegetative period the days were warm, but without damaging heatwaves and the
growing season was cool, resulting in fruit with excellent balance.

Vineyard
The grapes come from eight to 10 small parcels of vineyards in several locations in the
Elgin Valley. Elgin is the coolest wine region in South Africa and is situated on an inland,
hexagonal-shaped plateau, at an altitude of 300 metres. The region is surrounded by
mountains and lies just over six miles from the Atlantic Ocean, which brings occasional
sea-borne mists. February is the hottest month of the year, with daytime temperatures
peaking at 23°C and night-time temperatures dipping to 14°C. The benefit of this cooler
climate, is that the grape cluster stays connected to its roots for longer, so it develops
complex characteristics and achieves physiological ripeness more gradually, resulting
in lower sugar levels and consequently lower alcohol levels. The four Dijon clones VY,
76, 95 and 96 and the Entav clone CY548 flourish in Bokkeveld Shale and Cartref soils,
which offer good drainage and produce delicate wines.

Winemaking
The grapes were hand-picked in the early autumnal mornings and were gently whole
bunch pressed up to a maximum of 0.6 bar or until a low juice recovery of 615 litres per
tonne was obtained. The juice was transferred via gravity directly to barrel, without the
use of pumps. The unclarified juice underwent spontaneous fermentation with wild
yeasts. Malolactic conversion was discouraged, retaining a crisp style. The wine
matured in Burgundian French oak for 11 months in total, of which 39.4% was new oak;
and of that 82.2% was aged in 228 litre barriques and 17.8% in 500 litre casks, before
racking, blending and bottling.

Tasting Note
A restrained, mineral style focussed on elegance with a white fruit character, a touch of
oatmeal and delicate oak spice notes.