Tasting notes - Complex stone fruit aromas with delicate undertones of floral and Thai basil notes. On the palate there is a great depth of flavour, with layers of texture and a long lasting floral and uplifting finish. 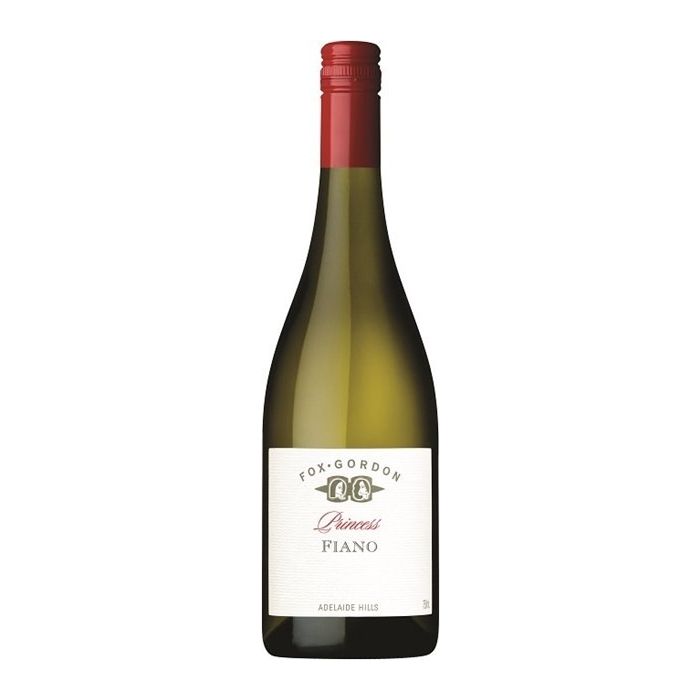 Vibrant citrus and green fruits through to a zesty and
mouthwatering finish with herbal notes.

the Barossa Valley and Adelaide Hills. From a diverse selection of
grape varieties, each bottle is the ultimate fusion of wine and fashion. Made using
the Fox Gordon philosophy of low input and low yield to give maximum flavour, while
preserving the inherent qualities of the fruit and the site; these stylish wines are
modern, bright and vibrant. Fox Gordon has been named a five star winery by
James Halliday six years in a row.

Vineyard
Kersbrook is on northern end of the Adelaide Hills where the climate is warmer and
there is less rainfall than other areas of the Hills. The vineyard is situated at
approximately 480 metres above sea level and has some very high sloped areas,
with the Fiano planted on an eastern aspect. The vines are over 15 years old and
are grown in shallow soils, which have a lot of iron stone through the soil profile.

Winemaking
This wine was made with minimal intervention. Cool fermentation preserved the
varietal characters of Fiano. After it was pressed to tank it spent a week being
worked on its lees, adding texture and complexity. Fermentation lasted for seven
days and then it was bottled immediately to retain the freshness and purity of fruit.

Tasting Note
Complex stone fruit aromas are complemented by delicate undertones of floral and
Thai basil notes. On the palate there is a great depth of flavour, with layers of texture
and a long lasting floral and uplifting finish.