Tasting notes - This barrique aged white wine is elegant and distinctive. With a nose offering floral notes of mimosa and orange blossoms, accompanied by a rich array of aromas and flavours such as apple and pineapple, layered with hints of citrus, honey, flint and candied fruit, it is pleasingly luscious and refreshing on the finish. 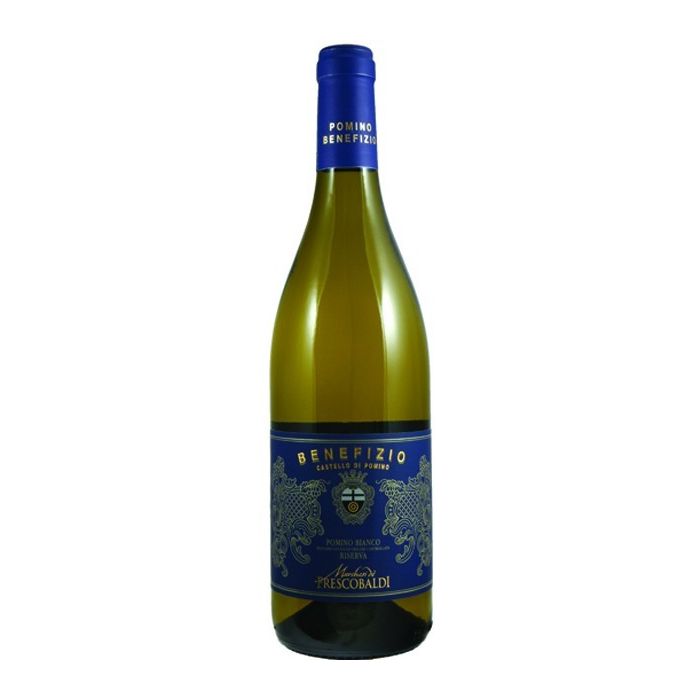 This barrique-aged white wine is elegant and distinctive
with a rich array of aromas and flavours such as apple,
pineapple, citrus and honey.

Producer Note
Castello Pomino is the hidden gem of Toscana. Pomino DOC is the highest
appellation in Tuscany, with intense sunshine and wide temperature ranges and only
one other producer makes wine from this tiny appellation. The wine-making story
began in Pomino in the 16th century, but it was in the mid 1800s that Leonia degli
Albizzi, wife of Angiolo Frescobaldi brought about significant innovation. Born in
Burgundy, she boldly cultivated Chardonnay and Pinot Nero at this high altitude and
built the first gravity-fed winery. The vines thrived and the elegant Pomino wines were
produced to wide acclaim, first receiving the gold medal at the Paris Expo of 1878.
These stylish wines still have a wonderful luminosity, minerality and finesse to this day.
Gambero Rosso awarded Frescobaldi with the prestigious ‘Tre Bicchieri Winery of the
Year Award 2020’, in recognition of its uncompromising commitment to quality and
innovation.

Vineyard
The castle of Pomino is found in the Apennine mountains to the east of Florence. Its
vineyards are the highest in Tuscany, up to 737 metres, and enjoy a fresh and wellventilated microclimate. The Frescobaldi family planted Chardonnay and Pinot Nero
here in 1855. The vines are grown in a sandy soil with strong presence of stones,
which is rich in mineral elements and very well drained. After a century and a half,
these varieties have found their ideal habitat and produce wines of extraordinary
elegance, finesse and minerality.

Winemaking
Fermentation took place in 50% new and 50% in one year French barriques and
lasted for 30 days with “bâtonnage" adding texture and complexity to the final wine.
Part of the must was macerated for 12 hours at 5°C. Malolactic conversion was
carried out for the majority, softening the mouthfeel. The wine was matured in new
and one year French barriques for 10 months with a further four months in bottle,
prior to release.

Tasting Note
This barrique-aged white wine is elegant and distinctive, with a rich array of aromas -
floral scents, candied orange peel, dried fruit, white pepper and delicate toasted
notes. On the palate it is pleasingly luscious and beautifully balanced with a long
finish.