Tasting notes - An elegant wine showing a kaleidoscope of aromas. Rose petal and lily blossom combine with ripe exotic yellow fruits such as cantaloupe, mango, passion fruit and lychee, all enveloped by spicy notes of ginger, cinnamon and nutmeg. The palate is aromatic and rich, with fine juiciness, a salty minerality and an endless finish. 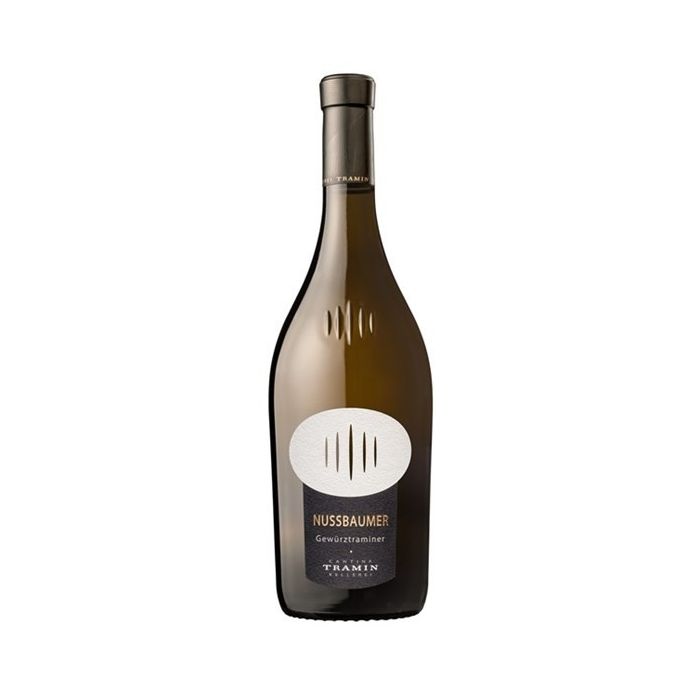 One of Italy's most awarded wines with intense and
complex aromas of rose petal, smoky lychees and a rich,
layered and full bodied texture.
Producer Note
Cantina Tramin was founded in 1898 and has 310 member winegrowers who follow its
strict directives on the cultivation of the vines. The vineyards are an integral part of the
enchanting and picturesque landscape of the Alto-Adige region of Northern Italy and
cover 260 hectares situated on the sunny slopes of the region at altitudes ranging from
250 to 850 metres above sea level. In 2011, Cantina Tramin gained the "Double Stella"
award. This is given to a winery for achieving the prestigious "3 Bicchieri" 20 times and is
awarded by the Gambero Rosso.
Vintage
Winter ended with heavy snowfalls in the mountains. Warmer temperatures in March
and resulted in premature budburst, however it was uneven, followed by a cool May,
which delayed flowering. Hot, damp conditions during June increased the risk of fungal
diseases, which was contained by intensive manual work in the vineyards. A dry spell,
interrupted only by short and violent thunderstorms, characterised the rest of the
summer, and two heat waves helped to concentrate the flavours. By mid-August,
lowest temperatures started to drop significantly. A substantial diurnal temperature
variation was registered throughout the harvest, which began two weeks later than in
the previous year. The white wines of the 2019 vintage show impressive freshness and
especially Gewürztraminer showcases particular elegance.
Vineyard
The grapes are grown in a few select vineyards above the town of Tramin at altitudes
varying from 350 to 550 metres above sea level. The vines are aged between 10 and 40
years and are grown in calciferous gravel with loam on porphyry bedrock soils. The
vines are trained on both the traditional Pergola system as well as the modern Guyot
systems. There is an extreme interplay between the sunny days influenced by the
Mediterranean climate and the cool nights marked by cool, downslope winds from the
surrounding mountains. This microclimate is excellent for promoting a long hang time
concentrating flavours while retaining balancing acidity in the grapes.
Winemaking
The grapes were gently pressed after a short period of maceration. Fermentation took
place slowly at a controlled temperature of 18°C in small stainless steel tanks, followed
by a natural sedimentation to clarify the wine. Maturation took place in small steel
tanks with constant contact with the lees until the end of August, promoting a rich
texture in the resulting wine. The wine was bottle aged further for four months. The total
maturation period lasted for a minimum of 15 months.
Tasting Note
An elegant wine showing a kaleidoscope of aromas. Rose petal and lily blossom
combine with ripe exotic yellow fruits such as cantaloupe, mango, passion fruit and
lychee, all enveloped by spicy notes of ginger, cinnamon and nutmeg. The palate is
aromatic and rich, with fine juiciness, a salty minerality and an endless finish.
Grape
Gewürztraminer 100%