Tasting notes - Benchmark Viognier with expressive aromas of exotic fruits, peach and pear combined with delicate hints of jasmine. Perfumed and elegant with a subtle smoky accent on the finish. 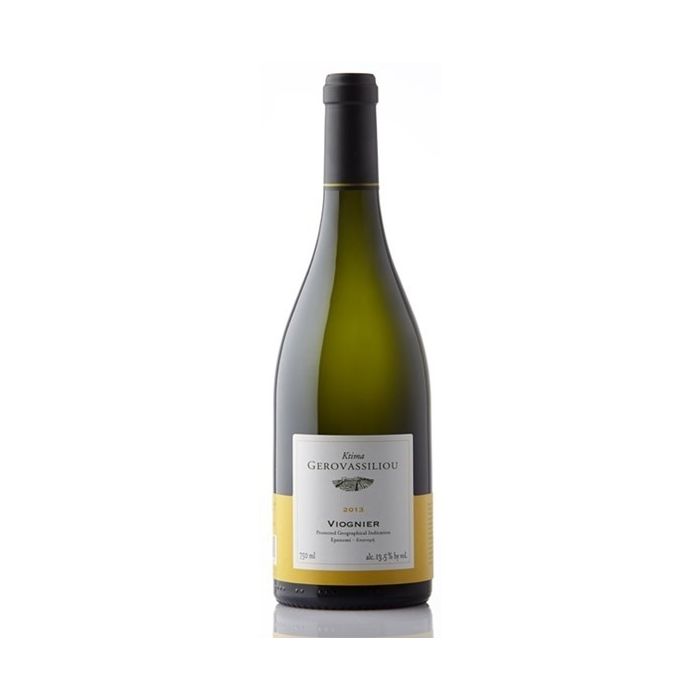 2019 was characterised by being a premature and overall a dry year. A mild winter resulted in early budbreak – approximately 12 days earlier than usual. March and April were very dry, with April having unseasonably higher temperatures than usual, favouring early maturation. Temperatures cooled a little in the early summer and June saw warm, drought conditions which continued throughout the summer. The resulting fruit had enhanced primary flavours and exceptional phenolic ripeness.

At Ktima Gerovassiliou, the single, private 74 hectare vineyard is cultivated with great care and enthusiasm, which leads to constant research and experimentation with Greek and international varieties. New technological advances blend well with tradition throughout the vine growing and vinification processes to produce high quality wines that carry all the distinct characteristics of the terroir of Epanomi. The climate is Mediterranean with mild winters and hot summers, tempered by sea breezes. The vineyard is surrounded on three sides by the sea, which is three kilometres away, while its west side faces the Thermaic Gulf, Mount Olympus and the beaches of Pieria. The vines are grown in soils which are mainly sandy with a few clayey substrates and calcareous rocks. It is rich in sea fossils, as the surrounding hilly area was formed by sea deposits. The floral variety of Viognier was initially planted on the estate in 1993, under the supervision of the Aristotle University of Thessaloniki. The vineyard is cultivated in compliance with ecologically sustainable management practices.

Made with minimal intervention, vinification started with skin-contact maceration to extract flavours and aromatics at controlled temperatures of 8°C. The grapes were then barrel fermented in French oak, of which 20% was new, 80% was older to impart subtle complexity. The wine was matured on its fine lees for approximately four months with regular bâtonnage to enhance the rich creaminess and texture.

Benchmark Viognier with expressive aromas of exotic fruits, peach and pear combined with delicate hints of jasmine. Perfumed and elegant with a subtle smoky accent on the finish.