Tasting notes - Textured with spicy notes of fennel and toasty oak, through to a lovely, long and sustained finish 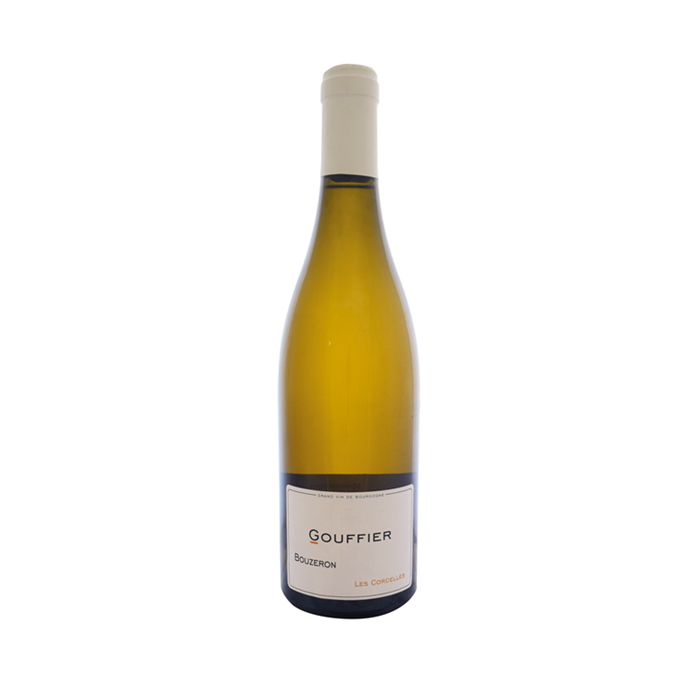 A full flavoured Aligoté, beautifully textured with spicy
notes of ginger and toasty oak, through to a lovely, long
and salty finish.
Producer Note
Gouffier owns five and a half hectares of vineyard in the villages of Fontaines and
Mercurey in Côte Chalonnaise. Historically it was run by the Gouffier family for
generations until Jerome Gouffier handed over the reins to his close friend Frédéric
Gueugneau, formerly at La Chablisienne. Since 2011, Frédéric and oenologist Benoît
Pagot have brought about a new style of winemaking. They follow an organic
philosophy to create wines that are modern and approachable, but with all the style
and panache of good Burgundy. They have created a collection of wines of
outstanding originality, verve and spirit.
Vintage
2019 has been cited as an outstanding vintage and one of the best in recent years.
The dry, warm conditions produced low yields of impeccably balanced, concentrated
wines with searing freshness and remarkable purity. A mild winter was followed by a
chilly spring, with frosts affecting some areas. Cooler temperatures in June resulted in
uneven flowering and some millerandage in some vineyards. However, temperatures
soared in July and August with vines under hydric stress, resulting in superb
concentration of flavours.
Vineyard
The vineyard is situated in the heart of the AOC Bouzeron in the Côte Chalonnaise. The
east-facing plot is planted with an Aligoté clone called ‘Golden’, the vines are low
yielding and produce exceptionally aromatic grapes. The climate is continental, with
warm summers and cold winters and excellent diurnal temperature differences. The
vineyard is cultivated using organic preparations and the use of chemical herbicides is
strictly prohibited. The double Guyot trained vines are carefully managed between the
spring and summer months to ensure optimal conditions for healthy, mature grapes at
harvest time; with strict debudding, leaf thinning and ploughing of the soil. The vines
are grown in marly-chalk soils from the Jurassic period.
Winemaking
The Aligoté grapes were harvested in a healthy condition once they had achieved
optimum maturity and were carefully selected in the cellar. The grapes were very
delicately transferred via a conveyor belt directly to French oak barrels of 228 to 300
litres, of which 25% were new. Fermentation and ageing took place in the barrels, with
bâtonnage to impart texture and complexity. Working in partnership with their cooper
based in Cognac, since the 2013 vintage Gouffier has been experimenting with using
oak from the state forests of Fontaine, just a few miles from the vines, endeavouring to
stay true to the local terroir.
Tasting Note
Textured with spicy notes of fennel and toasty oak, through to a lovely, long and
sustained finish.
Grape
Aligoté 100%
Winemaker: Frédéric
Gueugneau
Region: Burgundy
Subregion: Bouzeron
Country: France
Alcohol: 13.5%