Tasting notes - An expressive nose of peach and yellow fruits leads to a balanced palate revealing a lovely depth of fruit and pure varietal characteristic. Fresh and zesty, with taut structure and a mouthwatering, saline finish. 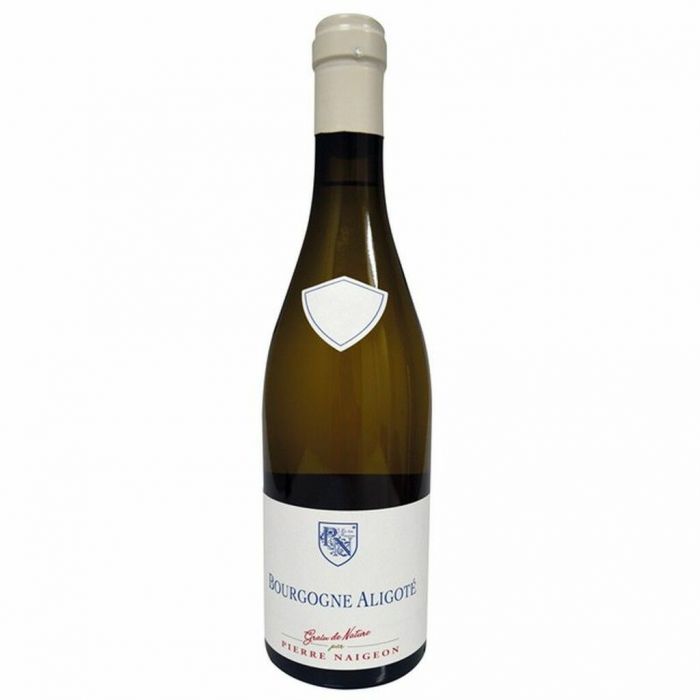 An expressive nose of peach and yellow fruits leads to a
fresh, zesty palate with a mouthwatering, saline finish.
Producer Note
Pierre Naigeon is a leading and renowned producer in the Côtes de Nuits. The
Naigeon family has been established in Gevrey-Chambertin for over 150 years. They
acquired some vines and started to produce wine in 1890. The estate remained
reasonably small until 2003 when Pierre purchased more land increasing their holdings
to 11.5 hectares. Pierre Naigeon believes passionately in sustainable farming, without
the use of herbicides. He believes in non-interventionist winemaking and aims to
produce wines full of fragrance, revealing the natural terroir. The average age of his
vines is remarkably high, mostly over 50 years, which endows the wines with an
extraordinary quality, maturity and concentration.
Vintage
The growing season began with an unusually mild winter, which led into a clement
spring. Warm weather during the spring cumulated in an unnaturally warm April,
prompting early budburst and flowering. This set the scene for a rapid growing season,
with a hot, dry summer and low rainfall resulting in arid conditions. Fortunately,
cleansing winds breezed through the vineyards, which helped keep the vines free from
disease. Harvest took place earlier than usual due to the warm growing season and
the whites show excellent balance, with good texture and structure.
Vineyard
The grapes come from selected parcels in the Burgundy appellation where the soils are
white limestone scree covered by white marl, which produce fresh and elegant wines.
The climate is continental: cool winters allow the vine to rest, while warm summers days
are tempered by cool nights, encouraging the vines to produce balanced fruit with
concentrated flavours and refreshing natural acidity. The vineyard is certified organic
and is cultivated with utmost respect for the environment and the balance of the soils,
flora and fauna. Herbicides and insecticides are not used; instead the vines are
cultivated using natural preparations. The vines are hand-harvested when the grapes
have reached optimal maturity.
Winemaking
Pierre’s philosophy is to make wines as naturally as possible, without additions, creating
balanced wines from the outset. Vinification takes place in a gravity-fed winery without
the use of pumps. Fermentation took place with indigenous yeasts present on the
grape skins, at cool temperatures to retain the purity of fruit. The wine was aged in
seasoned French oak barriques for 10 months.
Tasting Note
An expressive nose of peach and yellow fruits leads to a balanced palate revealing a
lovely depth of fruit and pure varietal characteristic. Fresh and zesty, with taut structure
and a mouthwatering, saline finish.
Grape
Aligoté 100%
Winemaker: Pierre Naigeon
Region: Burgundy
Subregion: Bourgogne Aligoté
Country: France
Alcohol: 12.5%