Tasting notes - A layered and complex wine, with green tea tones, dried orange peel and honeyed, toasty notes, leading to hints of beeswax on the palate. A powerful and focussed wine, with wonderful depth through to a long finish 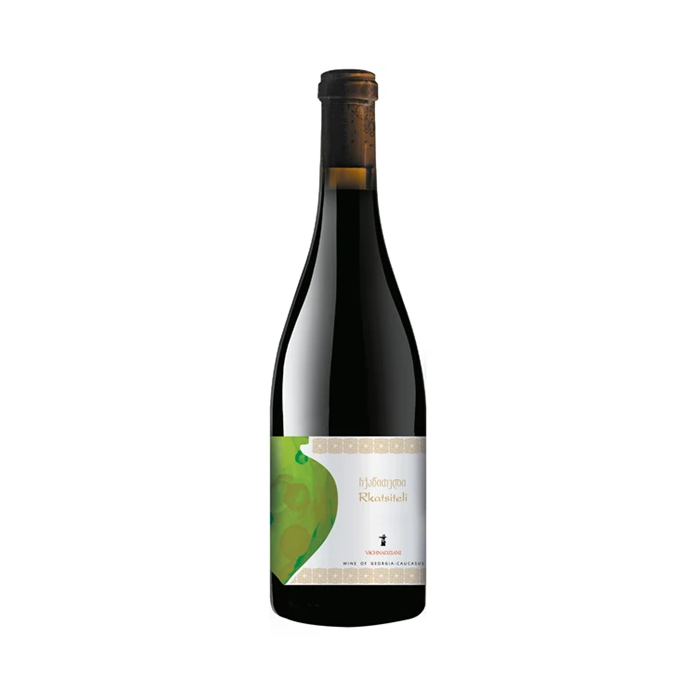 A layered and complex wine, with a wonderful depth of
flavour of green tea tones, dried orange peel and
honeyed, toasty and balsamic notes.
Producer Note
Georgia is considered to be the ‘cradle of wine', as 8,000 year-old indigenous Rkatsiteli
grape seeds have been found in clay vessels. Vachnadziani was established in 1953
and is one of the oldest wineries in Georgia. During the Soviet years the vineyard fell into
disrepair, but now the vineyards and cellars have received considerable investment.
The aim is to preserve their ancient wine culture while combining it with cutting edge
technology. With over 1,000 hectares of vineyard, covering the Kakheti region in eastern
Georgia and the Imereti, Racha and Lechkhumi regions in western Georgia,
Vachnadziani cultivates 25 vine varieties - the majority of which are indigenous. Their
exciting and dynamic range reveals all the charm of this historic winemaking land.
Vintage
The grapes were hand-harvested on 12th September 2014.
Vineyard
The grapes are grown in the Kakheti region in eastern Georgia, where the climate is
moderately humid, with hot summers and cold winters. The vineyard is situated at an
altitude of 320 metres above sea level, where the vines are trained according to the
Vertical Shoot Position (VSP) method and are Double Guyot pruned. The soils are clay
and loamy, which provide good water retention properties to sustain the vines during
the hot summers. The vineyard is planted with cover grass between the vines to reduce
weeds; the soil is mulched and treated with organic mineral fertilisers. Rkatsiteli
(pronounced ree-ka-tzi-TIL-li) is an ancient, pale-skinned, native grape variety. It
flourishes in this environment and with its strong resistance to cold weather, it can
endure the cold winters. Renowned for its natural, characteristic high acidity, it
produces balanced wines even in the hottest of summers.
Winemaking
The grapes were carefully sorted in the vineyard and then again upon arrival at the
winery, berry by berry to ensure only the healthy, undamaged and best quality fruit was
vinified. Skin-contact fermentation took place using the traditional Georgian method of
clay jars known as Qvevri. These vessels have been recognised by UNESCO as a
process of important cultural heritage. The Quevri in the Vachnadziani winery have a
950 litre capacity. The alcoholic fermentation lasted for one week, followed by a skincontact maturation period of six months.
Tasting Note
A layered and complex wine, with green tea tones, dried orange peel and honeyed,
toasty notes, leading to hints of beeswax on the palate. A powerful and focussed wine,
with wonderful depth through to a long finish.
Grape
Rkatsiteli 100%
Winemaker: Vladimer Kublashvili
Region: Kakheti
Country: Georgia
Alcohol: 13%