Tasting notes - An inviting pale salmon pink wine, with an aromatic nose of berries, vine flowers, peony and a touch of jasmine. Fresh and light, it is vivid, elegant and harmonious with a mouthwatering finish. 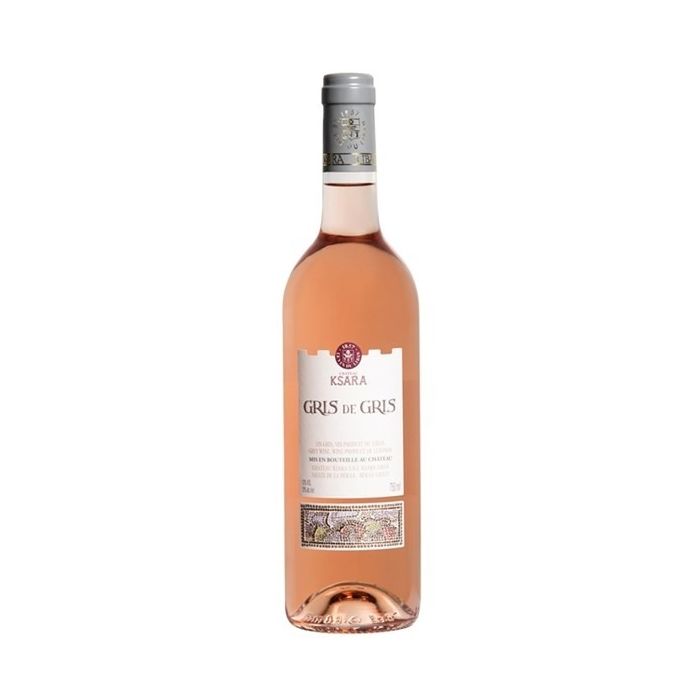 Zesty pink grapefruit and dry citrus tones through to a mouthwatering finish.

2018 saw wide diurnal temperature swings, with warm days and cool nights, which resulted in a long ripening period . It took over 120 days between véraison and harvest, allowing the grapes to reach phenolic maturity. The grapes were bursting with concentrated flavours with a balancing freshness.

Ksara's vineyards are located in the central and western Bekaa Valley at an average altitude of 1,000 metres. The Bekaa enjoys dry summers and has the advantage of its own natural water table, courtesy of the melting snow that runs off the Lebanon and Anti-Lebanon mountain ranges, therefore no irrigation is needed in the vineyards. The slopes on either side of the valley and the valley itself, create a unique microclimate in which the cool nights compensate for the hot summer days. Vines are either double Guyot or cordon trained and their grapes can be considered to be grown organically because of the very limited used of sulphur-based pesticides. Harvesting is manual and the standard yield of the vineyards is between 40 and 45 hectolitres per hectare.

This wine was obtained by the saignée method of bleeding off the pink juice, after a short period of cold maceration. Sedimentation and fermentation were carried out at controlled temperatures of 18°C. The wine was racked off and did not undergo malolactic fermentation. It was fined and then stabilised by refrigeration before being promptly bottled in order to retain its fresh and fruity character.

An inviting pale salmon pink wine, with an aromatic nose of berries, vine flowers, peony and a touch of jasmine. Fresh and light, it is vivid, elegant and harmonious with a mouthwatering finish.