Tasting notes - Floral notes combine with lively red fruits and well integrated oak. Smooth and round on the palate, with a bright acidity that leaves a vibrant, lifted finish. 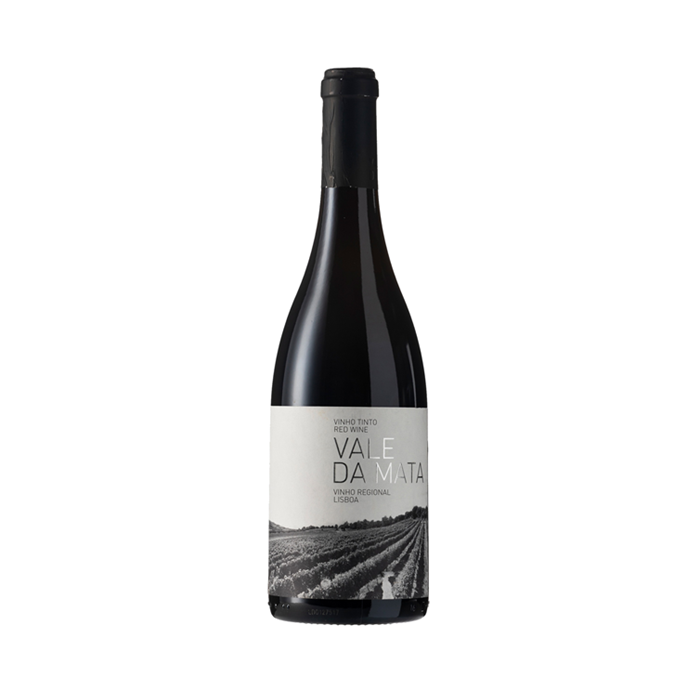 A beautifully fleshy and richly flavoured wine with notes of
candied cherries tinged with chocolate and a hint of
leather.
Producer Note
In 2003, José Ribeiro Vieira purchased a four hectare vineyard in the foothills of Serra de
Aire of Cortes, in the Alta Estremadura, near Lisbon. Vale da Mata is the name of a
small, old vineyard in these foothills. It pays tribute to Vieira’s winemaker father, Manuel,
who claimed that Vale de Mata was the site where he succeeded in producing his
best wines. The Vale de Mata project respects the expression of its terroir, cultivating
the vines sustainably and using minimal intervention in the winery. Manuel gave this
wine its name and his granddaughter Catarina Viera has followed in his footsteps,
continuing his winemaking legacy. In 2018, Vale de Mata was awarded Best Wine
Producer by Revista de Vinhos.
Vintage
2018 started with several rainfall episodes, which built soil water reserves to nourish the
vines through the hot, dry summer. The growing season progressed steadily, and a
three-day heat wave at the beginning of August saw temperatures rise to above 46°C.
The fruit was harvested under good conditions, with healthy, ripe grapes being picked.
Vineyard
Vale da Mata is the name of a small, old vineyard located in the foothills of Serra de
Aire, in Cortes. The vineyard has a maritime climate and is influenced by the Atlantic
Ocean. The parcel is just a few hectares and is situated on a steep terrain with rocky
soil. The land is extremely hard to work and is cultivated manually, with winter pruning
and green harvesting taking place by hand. Protected to the north, it has good
sunlight exposure throughout the day and is surrounded by olive trees, fig trees,
walnuts and shrubs. Vale de Mata is associated with several sustainable programmes;
they are a member of the FSC and grow all their grapes according to organic
philosophies. The vines are trained according to the Cordon Royat method and the
grapes are manually harvested at optimum maturity into 12 kilogram boxes.
Winemaking
The wine was made following a philosophy of minimal intervention. The field blend
grapes were carefully sorted and then co-fermented using only indigenous yeasts in
French oak vats. The blend was then aged in French oak barrels for 12 months,
imparting subtle complexity, followed by a further six months in bottle.
Tasting Note
Floral notes combine with lively red fruits and well integrated oak. Smooth and round on
the palate, with a bright acidity that leaves a vibrant, lifted finish.
Grape
Tinta Roriz 60%, Touriga Nacional 40%
Winemaker: Pedro Ribeiro &
Catarina Vieira
Region: Lisboa
Subregion: Lisboa
Country: Portugal
Alcohol: 14%