Tasting notes - Intense aromas of red cherries and black pepper are underpinned by a smoky, earthy background. On the palate it shows mellow, fresh tannins and lingering notes of eucalyptus, with a delicious and persistent finish. 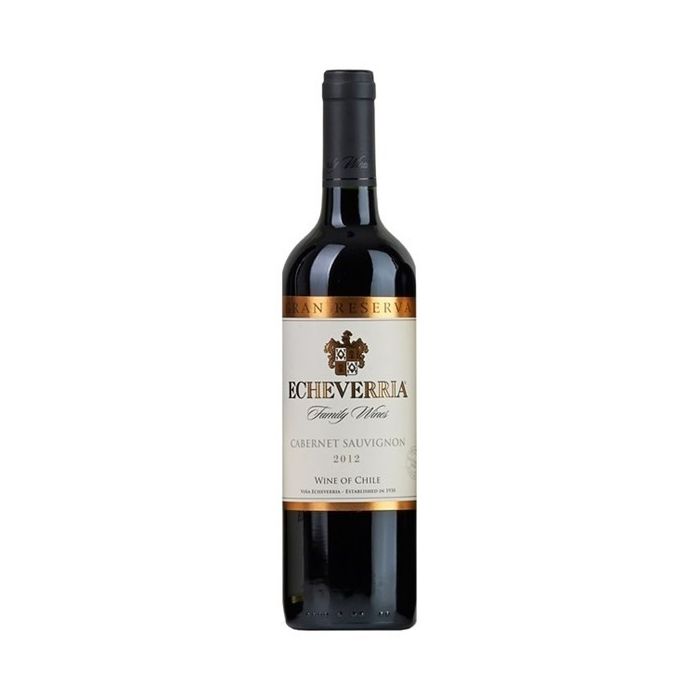 Viña Echeverría is a family-run estate winery, owned and managed by the Echeverría family. Established in 1930, but with an agricultural heritage going back to the 1700s, Viña Echeverría is as much today, as always, driven by a shared passion for winemaking and an uncompromising search for excellence. Viña Echeverría combines nearly a century of viticulture and winemaking experience with a modern state-of-the-art winery, to produce an extensive collection of quality wines. The No es Pituko range represents a radical departure from the rest of the more traditional Echeverría wines, both in look and make-up, being vinified naturally, without any additions at any stage. Viña Echeverría has recently been awarded its Sustainable Winery status by Wines of Chile, as well as its ISO9000 certification.

The 2018 harvest was characterised by high temperatures throughout the ripening period from véraison onwards and late rainfall during spring. The temperatures were warm and favourable during flowering. The warm average temperatures allowed for a high accumulation of sugars in the berries which resulted in earlier harvest than usual, by one to two weeks. The red wines achieved soft tannins, good colour and a great aromatic expression.

The vineyards are located in Maipo Alto in the Central Valley. Alto Maipo reaches into the foothills and produces some of Chile’s leading Cabernet Sauvignons. Central Maipo is one of the country’s oldest and most diverse productive regions. Rising into the Andean foothills, the Alto Maipo section ranges from 400 to 800 metres above sea level and is highly influenced by the mountains. The afternoon sun warms the vineyards and the cool mountains breezes that slide down the hillsides at night create a broad oscillation between daytime and night-time temperatures, all of which makes for perfect conditions for bold yet elegant red wines, especially the regional star, Cabernet Sauvignon. The soils are alluvial in origin, mostly clay loam and the presence of stone at 80cm.

The grapes were 100% hand harvested into 18 kilogram boxes, carefully selected and then fermented to dryness in 25,000 litre stainless steel tanks. Fermentation took place with selected yeasts and lasted for seven to 10 days at controlled temperatures of between 25 to 28°C. Extended skin maceration lasted for additional six to eight days, followed by 100% malolactic fermentation. The wine was matured in 225 litre French oak barrels of second and third use for a period of 10 to 12 months.

Intense aromas of red cherries and black pepper are underpinned by a smoky, earthy background. On the palate it shows mellow, fresh tannins and lingering notes of eucalyptus, with a delicious and persistent finish.