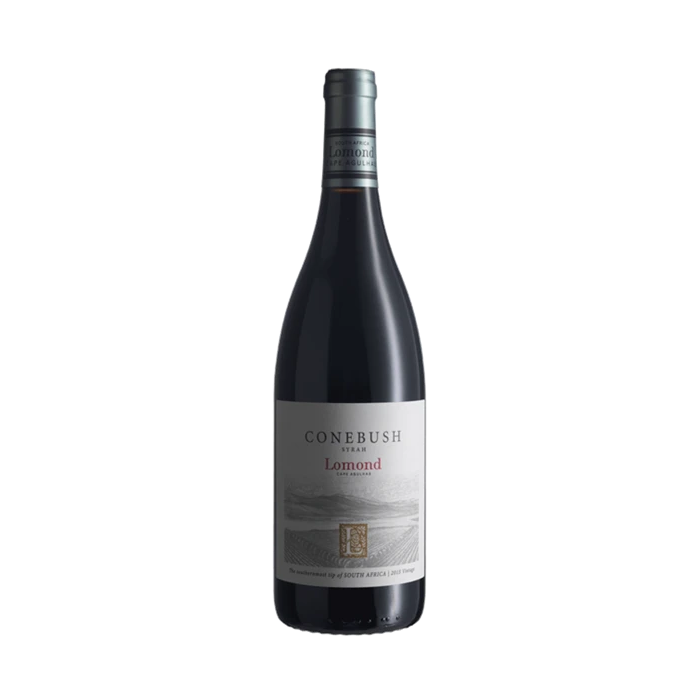 A rich, juicy Syrah with appealing notes of plum, oak
spice and white pepper, elegant with lovely freshness
from its cool climate origins.
Producer Note
In 1999, Geoff McIver established the Lomond estate, which is situated on the Agulhas
Plain near the southernmost tip of Africa at Cape Agulhas – the confluence of the
Indian and Atlantic Oceans- eight kilometres from the fishing village of Gansbaai and
within sight of the sea. The estate takes its name from the Ben Lomond Mountain in the
Uilenkraal Valley. Award-winning winemaker Hannes Meyer joined the team and skilfully
crafts a portfolio of stunning wines from this top winegrowing region, some of which are
named after the indigenous flora, known as 'Fynbos'. The vines are planted on as many
as 18 different soil types, which appear naturally in small pockets along the slopes and
produce intriguingly complex wines, with flavour profiles that differ significantly from one
block to the next. The terroir, climate and location of Lomond combine to create
superb single-vineyard wines. The vineyard is sustainably cultivated; Lomond is a
member of South Africa’s Integrated Production of Wine (IPW), Wine & Agricultural
Ethical Trade Association (WIETA) and the Walker Bay Fynbos Conservancy.
Vintage
A very dry, cool summer resulted in a long, slow ripening period producing wines with
intense fruit flavours.
Vineyard
The Lomond estate is surrounded by indigenous flora known as Fynbos. This single
vineyard wine is named after a vulnerable listed species endemic to the Agulhas
Region, ‘Leucadendron Coniferum’ or the ‘Dune Conebush’. The vines are planted in
north-west facing blocks on the lower reaches of the farm within view of the sea, in
sandy, gravelly and highly weathered soils with a clay substructure. Altitudes of the
wine blocks vary, with some blocks situated at around 50 metres above sea level, while
others are located around 100 metres above sea level, with uninterrupted exposure to
the ocean breeze. Prevailing winds blow directly off the ocean in both a south easterly
and south westerly direction, providing consistent coolness throughout the summer
months, with temperatures seldom reaching above 30°C. This cool microclimate
creates a slow ripening period allowing the grapes to build flavour complexity and to
produce naturally balanced wines.
Winemaking
The hand-picked and hand-sorted grapes were destemmed and fermented with
selected yeasts at controlled temperatures, which peaked at 27˚C. The skins were
punched-down by hand and the wine then spent a further three weeks on the skins for
optimal extraction of colour and flavour. The free-run juice was gently pressed into first
and second-fill French oak barrels. Malolactic conversion occurred naturally, after
which the wine was racked. The wine was matured for a period of 18 months in the
same barrels. Tastings took place to ensure only the best barrels were selected.
Tasting Note
A rich, juicy Syrah showing beautiful balance and elegance, with appealing notes of
plum, oak spice and white pepper complemented by finely integrated tannins.
Grape
Syrah 100%