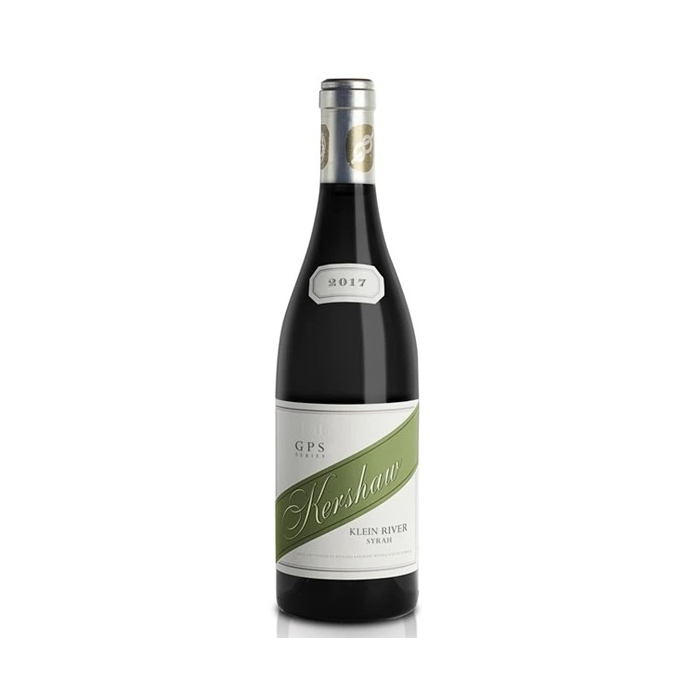 Juicy Morello cherry flavours are layered with complex
notes of liquorice, gorse bush, baked plums and bay leaf,
underpinned by a textured palate and a long, lush finish.
ProducerNote
Made in tiny quantities, Richard Kershaw MW's wines are always in high demand. Born
in Sheffield, Richard trained and worked as a chef before discovering wine. After
extensive travelling he settled in South Africa in 1999, and by 2009 he was Group
Winemaker at Mulderbosch and Kanu. He established Richard Kershaw Wines in 2012,
specialising in the cool-climate wines of Elgin. Being one of the few MW’s to make his
own wine, he uses his vast knowledge to craft stunning wines that are easily a match
for some of the world’s very best wines.
Vintage
2017 experienced a cool winter with low rainfall. Budbreak took place in warm
conditions with flowering occurring earlier than normal. Strong blustery winds resulted in
an uneven berry set and consequently smaller berries with good flavour concentration.
An unusually cool December slowed ripening, while January rains during véraison
nourished the soils. Cool night time temperatures enabled good colour and flavour
formation, retention of acidity and steady phenolic ripeness. The 2017 wines show
excellent natural acidity, pure and penetrating fruit flavours and fine powdery tannins.
Vineyard
The G.P.S. (Grape Positioning System) series is made from exciting small parcels of fruit
selected from carefully chosen vineyards outside the Elgin Valley. The grapes for this
wine come from the Klein River ward, which is one of the smallest wine wards in South
Africa. Almost 20 years ago, the first Syrah vines were planted in an area which has
traditionally been used for sheep and wheat farming. Three hectares were set aside for
Syrah, on shale-derived Glenrosa soil. These soils are normally the hallmark of warmer
areas, but these vines nestle against the Klein River Mountain range, which combined
with the nearby Akkedis Valley, provide a portal through which the cool sea breezes
from the Walker Bay penetrate, creating a mild meso-climate in summer. The SH1 clone
vines are trellised with an open canopy to maximise sunlight and aid air circulation.
Wines from these vines are highly acclaimed and consistently win multiple awards.
Winemaking
The grapes were hand-picked, manually sorted and destemmed before being
transferred uncrushed into open-topped fermenters. The grapes underwent three-day
maceration before spontaneous fermentation began with wild yeasts. Gentle pigeage
took place and skin contact lasted for 19 days. The wine was then racked to barrel by
gravity and the remaining pomace was basket-pressed. Malolactic conversion took
place in barrel, followed by 16-months’ maturation, of which 38.4% was in new oak;
and 76.0% was aged in 500-litre barrels and 24% in 'breathable' concrete eggs. The
wine was racked and bottled unfined and unfiltered.
TastingNote
Heady aromas of black pepper, cinnamon stick and black cherry lead to a succulent
and voluminous palate. Lush Morello cherry flavours are layered with liquorice, baked
plums and bay leaf, underpinned by fine grippy tannins.
Grape
Syrah 100%