Tasting notes - A refined and stylish garnet coloured wine with a full flavoured palate of ripe red cherries and spicy notes typical of the Nebbiolo grape. The evident varietal fruit and vanilla overtones are supported by a full bodied structure through to an elegant, lingering finish. 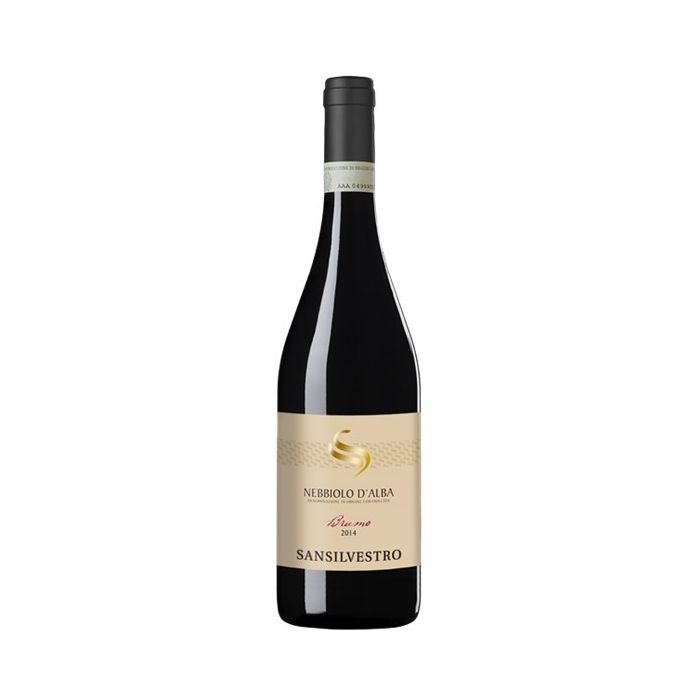 Medium garnet in colour, this wine displays savoury and
rustic notes of liquorice and leather typical of the
Nebbiolo grape with a characteristic dry finish.
Producer Note
San Silvestro is located in the territory of the Commune of Novello. The grapes are
mostly grown in the Langhe and from vineyards found in the Roero and the Monferrato
regions. San Silvestro represents the continuation of a project begun by Giovanni
Sartirano which has been passed down through four generations. Today it is run by
cousins Paolo and Guido Sartirano and San Silvestro has gradually expanded beyond
the local market and their wines can be found around the world.
Vintage
2019 was a traditional vintage. A long winter, with cool, wet weather until mid-March,
meant the cycle started slowly, but allowed for good water accumulation in the soils.
High temperatures in June, allowed for rapid plant growth which continued during the
summer. However, localised storms in September substantially damaged some areas
around Alba, but the Barolo and Barbaresco areas were not affected. The yields were
slightly reduced, but quality was high, with fruit showing good balance and slightly
higher acidity imparting fresh aromas.
Vineyard
Nebbiolo, the noble variety from Piedmont, gets the name from ‘pruina’, a substance
found on the skins of the berries that makes them look as though they are covered by
fog. Fog translates as ‘nebbia’ or ‘bruma’ in Italian. Additionally, it is during the foggy
season, between October and November that the Nebbiolo variety ripens, hence the
name of the cuvée Nebbiolo d'Alba D.O.C. ‘Brumo’. The vines are planted in soils
which are made up of marl clay and sand. The marl clay soils are typical of the
Piedmont area and are known for imparting refreshing, natural acidity to the resulting
wine. The sandy element of the soil is poor in nutrients so the vine develops deep roots
which help to concentrate the flavours in the berries.
Winemaking
The grapes were carefully sorted, gently crushed and destemmed prior to fermentation
in stainless steel tanks at a controlled temperature of 28 to 30°C. Maceration on the
skins lasted 10 days, with daily pump-overs of the cap, ensuring good extraction of
colour and flavours. The wine was aged for 12 months in large Slavonian oak casks,
imparting complexity and rounding out the tannins.
Tasting Note
A refined and stylish garnet coloured wine with a palate of ripe red cherries and spicy
notes, typical of the Nebbiolo grape. The varietal fruit flavours and vanilla overtones
lead to an elegant, lingering finish.
Grape
Nebbiolo 100%