Tasting notes - Tremendous intensity and concentration are behind this top cuvee from Teusner. Kym Teusner holds nothing back from this high scoring, powerful Shiraz. This benchmark style is what makes Barossa famous. 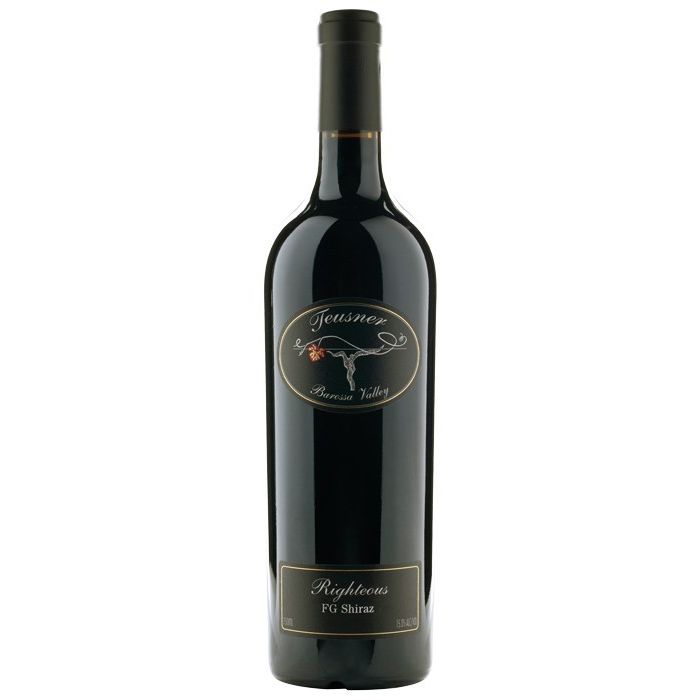 Tremendous intensity and concentration are behind this powerful top cuvee from Teusner. This benchmark style is what makes Barossa famous.

Producer Note
Established by Kym Teusner and Michael Page in 2001, Teusner’s philosophy is to produce only exceptional, affordable wines by being very selective about the fruit, which is sourced from old, well maintained vineyards in Barossa. These vineyards reliably produce balanced, complex fruit which are guided, with minimal input, into stunning wines. Kym decided to make the Righteous Shiraz because he wanted to showcase his own expression of what he considers the ultimate Barossa Valley Shiraz style...intense, powerful and long-lived.

Vintage
2012 was "a cracker of a year" and was one of the best that Kym Teusner has ever seen.

Vineyard
The fruit is sourced from a single, dry vineyard, planted during the 1950's. The grapes are grown on weather-beaten old vines, that endure year after year, in tough soils and produce tiny crops of small berries- just one tonne per acre, which are richly concentrated in flavour.

Winemaking
The grapes were carefully selected and then received the "Rolls Royce" treatment all the way! Fermentation took place in open vats with twice daily pumpovers, increasing the contact between the skins and the juice, extracting both flavours and colour, resulting in this intense, concentrated style. Following the fermentation, the wine was aged in new oak barrels for a period of 18 months.

Tasting Note
Tremendous intensity and concentration are behind this top cuvee from Teusner. Kym Teusner holds nothing back from this high scoring, powerful Shiraz. This benchmark style is what makes Barossa famous.

Serving Suggestion
This has the intensity to match venison or game stews or classic roast beef with all the trimmings.