Tasting notes - Distinctive cassis, dark plum and mulberry notes are enhanced by nuances of Asian 5 spice, mint and touches of mocha. Deliciously approachable now, a ripe tannic grip underpins the fruit and leads to a hint of spice on the persistent finish. 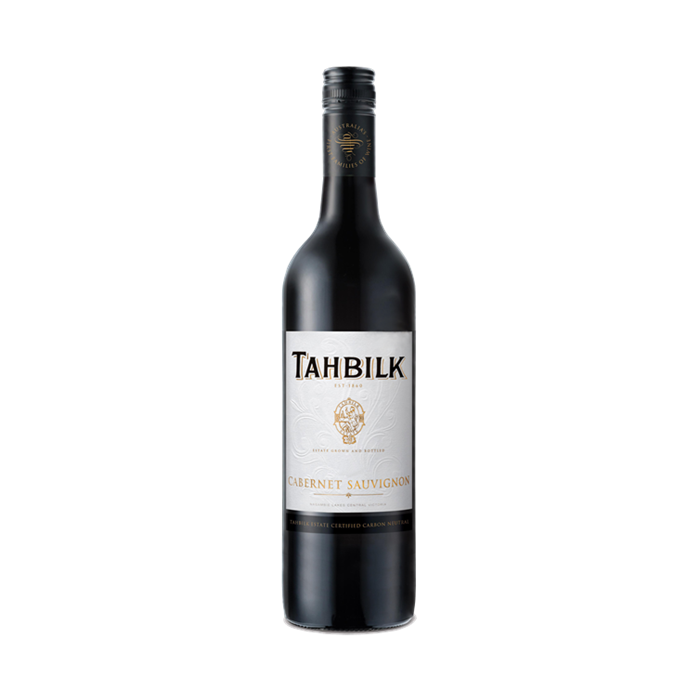 Tahbilk’s vineyards are grouped along the banks of the Goulburn River and an anabranch of it which flows through the estate. The vines are grown at approximately 134 metres elevation of gently undulating and flat terrain. The soils are sandy loam with ferric oxide content, which vary from very fine sand near the anabranch to denser loams on the plains. Estate Cabernet Sauvignon vineyards date from the 1940’s to the 1990’s. The oldest of the blocks is the 1949 “Old” Cabernet, planted on very fine red sandy soils. The vines are trained on a single wire trellis with a mixture of head and cordon training; all are cane pruned. Tahbilk's vines are sustainably cultivated; composting and mulching takes place which improves soil health by promoting earthworm activity. Mulching helps to control weeds and conserves water, reducing vine stress. The old vines are hand-picked while younger vines are machine harvested.

The grapes were picked based on flavour analysis, at between 12.5 to 14.5° Baumé. The fruit was destemmed, lightly crushed and cooled to 12 to 14°C before being transferred to open vats. The vats were inoculated with selected yeast, plunging took place on the first day with pump-overs from then on. Fermentation slowly warmed up to 25 to 28°C and lasted seven to nine days. The wine was matured in 10 to 100 year old large format French oak barrels for 18 months.

Distinctive cassis, dark plum and mulberry notes are enhanced by nuances of Asian 5 spice, mint and touches of mocha. Deliciously approachable now, a ripe tannic grip underpins the fruit and leads to a hint of spice on the persistent finish.