Tasting notes - A rich wine, voluptuous and juicy, with aromas of blackberries and plums, layered with chocolate mint and smoky oak. The palate encompasses all of the trademark Langhorne Creek fruit sweetness and soft tannins. A definitive example of this classic blend. 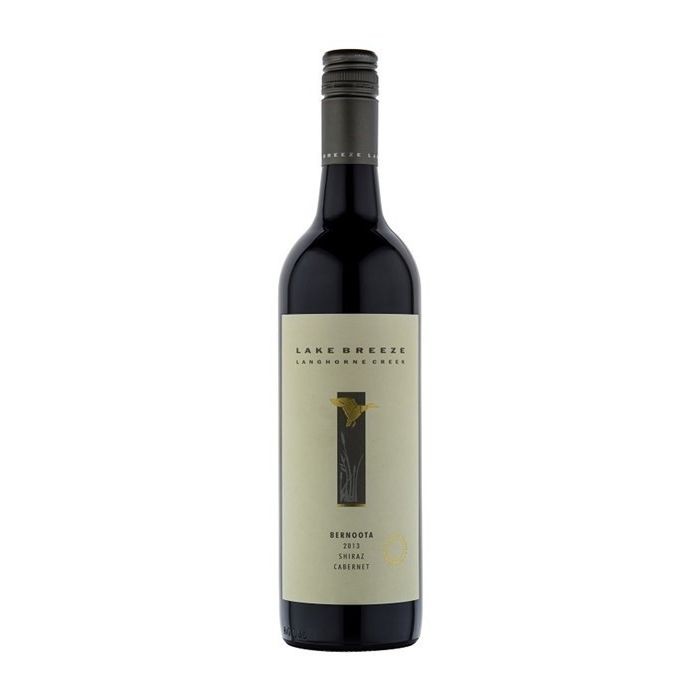 Producer Note
Lake Breeze is located in Langhorne Creek, South Australia, where the Follett family
has been farming grapes since the 1880s. The estate is situated on the banks of Lake
Alexandrina and the vineyard benefits from the 'lake breeze'. Winemaker Greg Follett
was brought up on the farm but left to study winemaking at Roseworthy before
heading to make wine in California and France. He returned to his roots and in 1987
started making wine exclusively from the best 30 per cent of his old vine fruit. He
rapidly built an enviable reputation for consistently producing outstanding wines and
Lake Breeze is now one of the most awarded boutique wineries in Australia.

Vintage
Spring was interesting with an extremely hot October. A dry and relatively mild
summer followed, resulting in average yields. The crops were some of the best in
recent years, Cabernet Sauvignon and Shiraz look equally impressive with lifted
aromatics, intense colour and ripe tannins.

Vineyard
The grapes were harvested from 40 to 50 year old vines, which produce richly
flavoured, concentrated berries. All the vines are on their own rootstocks and the
soils are generally alluvial sandy loams with some over a clay base. This dry region,
situated at the bottom of the Murray River, is irrigated by a weir floodgate system,
and when flooded it has been known for a canoeist to be spotted among the
vineyards! The vineyards are surrounded by striking, historically important gum trees
that still bear the holes that were once dug out by the Aboriginal Australians to carve
into canoes to sail up the river. Perfectly apt for this wine, as 'Bernoota' means "camp
among the gum trees".

Winemaking
Fruit selection was paramount with only the best blocks being retained for the Lake
Breeze label and only the best rows of these blocks on a lot of occasions. The grapes
were crushed to small open-top tanks for fermentation, which took place on the skins
over seven to 10 days. The wine was then pressed straight to new and used French
and American oak barriques to complete fermentation, followed by 20 months
maturation. The wine was bottled without fining or filtration.

Tasting Note
A rich wine, voluptuous and juicy, with aromas of blackberries and plums, layered
with chocolate mint and smoky oak. The palate encompasses all of the trademark
Langhorne Creek fruit sweetness and soft tannins. A definitive example of this classic
blend.