Tasting notes - Complex and intense aromas of rich dark fruit, mocha and garden herbs lead to a palate of concentrated dark fruit flavours. Fine tannins envelope the abundance of black cherry, blackberry with undertones of mocha oak and just a hint of aniseed. This is a wine of great complexity, power, length and poise. 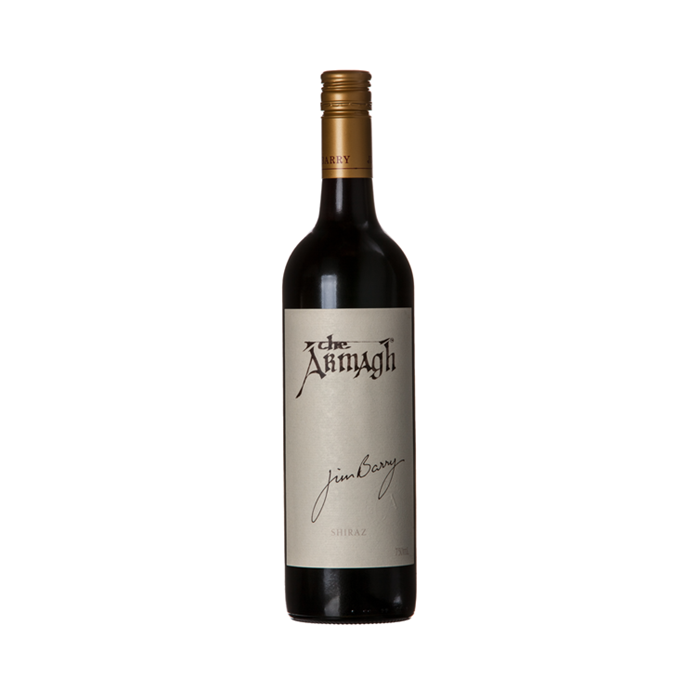 Producer Note
Certain names resonate strongly within Australian wine history and Jim Barry is one of them. It was Jim Barry’s drive that helped shape South Australia’s Clare Valley as a benchmark producer of world class Riesling and cemented it as one of Australia’s premier wine regions. Jim was the first qualified winemaker in the Clare Valley, graduating with a degree in oenology from the prestigious Roseworthy Agricultural College in 1947. Founded in 1959, Jim Barry Wines is still family owned, with three generations of Roseworthy graduates. Jim’s son Peter became managing director in 1985 and today Peter’s children Tom, Sam and Olivia are the winemaker, commercial manager and brand ambassador respectively. Voted ‘2020 Winery of the Year' at the Halliday Wine Companion Awards they produce highly acclaimed and award-winning wines.

Vintage
2014 marked the 55th vintage at Jim Barry Wines. The vintage started in haste after a week of temperatures exceeding 40°C in early February. During the hot periods careful monitoring of the vine’s water supply ensured the canopy stayed intact. The Clare Valley received 13.8mm rainfall on 14th February, which hydrated the vines. In 2014, the volumes were slightly reduced, but the quality was high and the grapes showed perfect balance.

Vineyard
The iconic 'Armagh' vineyard was named by the original Irish settlers who arrived in 1849 and called the lush, rolling hills after their homeland. In 1968, the vineyard was purchased by Jim Barry who planted it with Shiraz. Today these low-yielding vines produce less 27 hectolitres per hectare. The soil is sandy gravel and receives an average rainfall of 600 millimetres per year. The vineyard lies on a northwest facing slope which acts as a natural sun trap, ensuring the fruit is always fully ripened at harvest time. The Clare Valley climate is continental with a high diurnal temperature difference, producing Shiraz with evenly ripened tannins and flavour.

Winemaking
The grapes were hand-harvested and meticulously sorted before being destemmed and crushed. Vinification took place in small two tonne open top fermenters with heading down boards, which submerge the cap while gently extracting colour, flavour and tannins. Pump-overs were conducted twice a day with a rack and return once per day. Fermentation lasted eight days, before being racked to oak barrels where the wine underwent malolactic fermentation. The wine was matured for 16 months in 60% French and 40% American oak hogsheads.

Tasting Note
Complex and intense aromas of rich dark fruit, mocha and garden herbs lead to a palate of concentrated dark fruit flavours. Fine tannins envelope the abundance of black cherry, blackberry with undertones of mocha oak and just a hint of aniseed. This is a wine of great complexity, power, length and poise.