A field blend from Brad's neighbours vineyard in Blewitt Springs, where longer growing seasons and deep, old vine Greanche and Mataro come together. 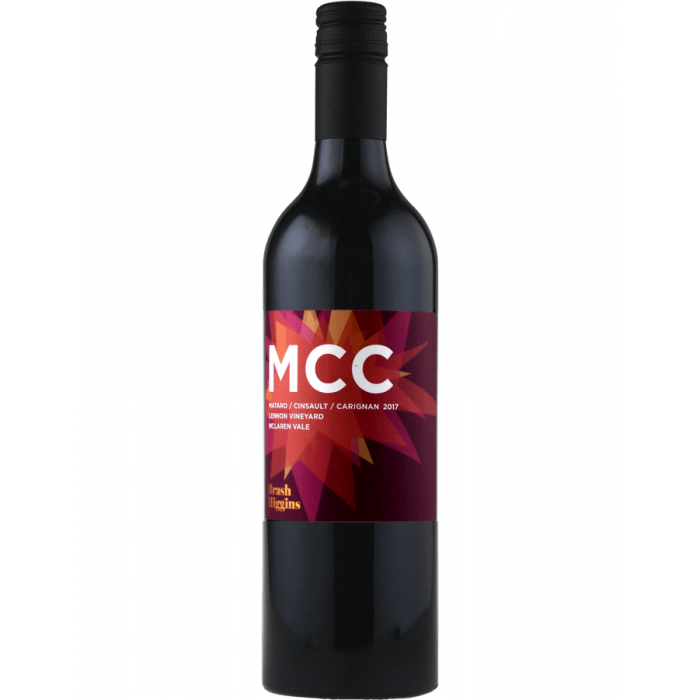 Producer Brash Higgins is the alias of Brad Hickey, a Chicago native with a serious wanderlust, whose career as a sommelier and food writer has taken him all over the world. Having spent years talking about and selling wine, the next step in the journey was to make it, landing him in McLaren Vale to work a vintage. It was here that the wanderer finally settled, marrying local vigneron Nicole Thorpe, with whom he developed his eponymous label. Using grapes from their own organic Omensetter Vineyard as well as fruit sourced from like-minded growers, they have crafted a range of wines which allow Brash’s experimental nature and pure instinct for flavour to shine through.

Vineyard The grapes come from Michael Lennon’s vineyard in Whites Valley. The vines were grafted onto the roots of twenty-three-year-old Semillon vines in 2014, planted on red/brown clay over limestone. The vineyard is farmed using organic practices.

Winery The grapes were all harvested by hand on the same day, before being co-fermented in three one-ton open-top fermenters. The Mataro was 100% whole-bunch fermented, whilst 60% of the Cinsault and 40% of the Carignan was destemmed, with a two-and-a-half-week maceration period. The wine then spent twelve months in eight to ten-year-old 300-litre French oak barrels before being bottled unfined.

Taste The pale colour belies the heady aromas of wild cherries, flowers and spice that burst out of the glass. The palate is full of ripe red fruit flavours, framed against notes of bitter almonds and herbs, whilst the delicate, chalky tannins and vein of acidity lift the finish.