This generous, full-bodied Grenache demonstrates the full potential of the variety in the Barossa, with rich red cherry, milk chocolate and white pepper flavours, a lusciously proportioned yet superbly detailed palate, and a vibrantly mineral finish.

Light to medium depth crimson. Dark cherry and raspberry fruits mingle with sweet and white pepper spice and hints of vanilla add to the complexity. Ripe, red berry and dark cherry flows ontot he palate, melding into lovely sweet and briary spice. The finish lingers on a fruitful and spicy note with typical chalky yet fine tannins. 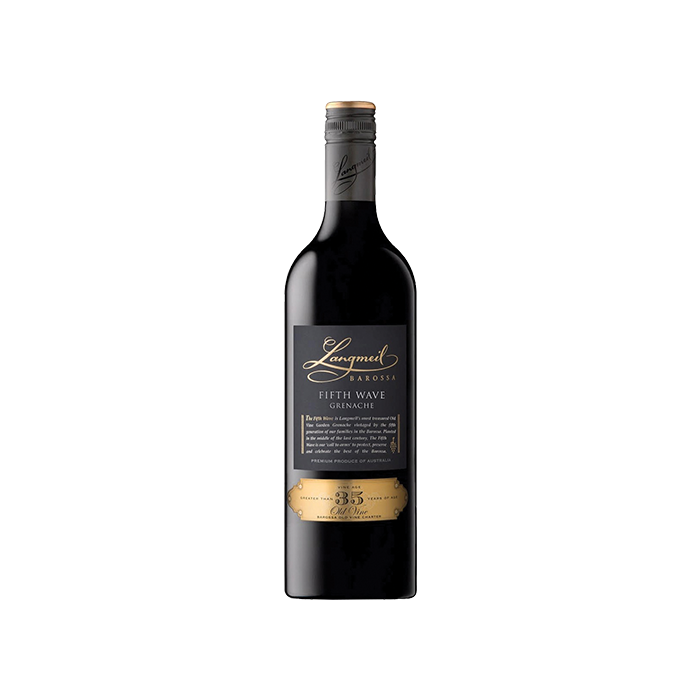 All Langmeil’s Old Vine Gardens are treated as national treasures and are all hand tended, from pruning to harvesting. We then employ traditional hands-on winemaking; gentle de-stemming, open fermentation and basket pressing into 100% seasoned French oak barrels, without fining or filtration, to capture the true essence of the variety and region.

Good winter rains and warmer temperatures in early spring brought about slightly earlier budburst and excellent shoot growth. A lovely growing season with no crazy, stormy or very windy northerly weather to affect flowering resulted in a great fruit set across all varieties.  However, the northern Barossa, and a few other seemingly random patches of vineyard, were hit by late frosts resulting in a huge loss for that sub region. After a quite chilly Christmas and New Year the warm and dry weather was upon us, perfect ripening weather.

An early and fast vintage for the Barossa Valley had Langmeil at full fermentation capacity for three and a half weeks meaning 75% of our grape intake in less than a month, phew! The later ripening varieties like Grenache and Mataro still took their time and of course Eden Valley Shiraz and Cabernet Sauvignon are always late, so vintage soon wound down to a leisurely pace ending in the middle of April.

Overall an excellent vintage with great flavour, colour and intensity across the board Paul Lindner, Chief Winemaker

Aroma: Dark cherry and raspberry fruits mingle with sweet and white pepper spice and hints of vanilla add to the complexity.

Palate:  Ripe, red berry and dark cherry flows onto the palate, melding into lovely sweet and briary spice. The finish lingers on a fruitful and spicy note with typical chalky yet fine tannins.