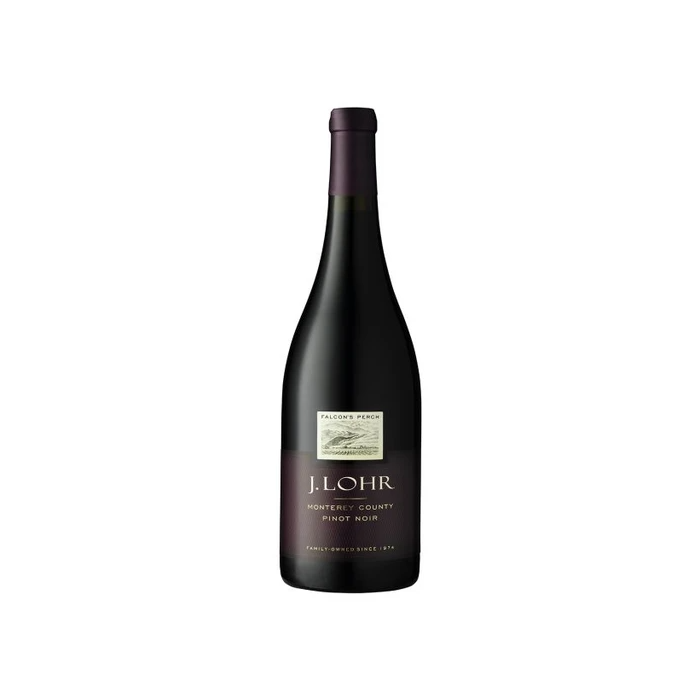 Cool, foggy mornings and evenings through spring and summer allowed for slow ripening and aromatic expression of the delicate Pinot Noir grape. Above average temperatures in late September and early October pushed ripening for the vintage which is already showing exceptional aromatic complexity in the bottle.

Tannin structure will soften in the first year of aging, along with the evolution of a lovely bottle bouquet.

Our Falcon’s Perch Pinot Noir is produced from cool climate grapes grown in select vineyards
within and surrounding the Arroyo Seco and Santa Lucia Highlands regions of Monterey County.
This region has earned a well-deserved reputation for producing world-class Pinot Noir. Over the
past decade, the introduction of Dijon clones of Pinot Noir, along with the old standby Pommard
clone, has dramatically increased the quality of the varietal here. These newer clones are the
backbone of this release of Falcon’s Perch, named for the bird which had made its home in the
lone pine tree among the vines, safeguarding the grapes from vertabrate pests while preserving the
ecosystem’s natural balance.
FOOD PAIRINGS
Anything with a pinch of red pepper really sets off this Pinot Noir. Delicious when paired with
Spanish chorizo or paella. Also matches quite well with mushroom dishes or Pacific salmon.

Fermentation: Fermented in 12-ton open-top tanks and
24-ton upright tanks for 7 to 10 days on skins with light
pumpovers and daily punchdowns. Temperatures peaking
near 90°F rendered a high, complex color in the wine.
Malolactic: 100% ML complete, with approximately 20% of the lots being co-inoculated with the
yeast in order to increase the fresh red fruit signature of the blend.
Maturation: Two-thirds aged in stainless steel tanks; one-third aged in French oak barrels