Tasting notes - Aromas of mature fruits are complemented by hints of wild mint, eucalyptus, herbs and fine spice. Rich on the palate with a tightly woven structure of fine tannins, the 2013 shows outstanding elegance and harmony from this truly unique Barolo cru. 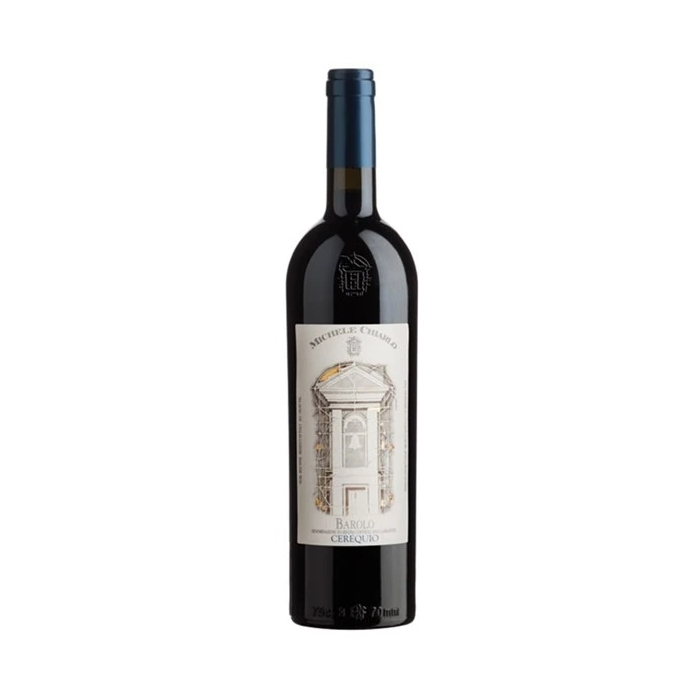 Producer Note
Michele Chiarlo is one of Piedmont's most prestigious winemakers, producing
outstanding wines from some of the most exceptional sites in Piedmont, including
Barolo’s world famous Cannubi and Cerequio vineyards. Founded in 1956 by Michele
Chiarlo and now run by his sons Alberto and Stefano, the Chiarlo philosophy “is to
capture the terroir” and with judicious use of oak they develop some wines for ageing
and some which can be enjoyed earlier. Their stunning collection of Barolo and
Barbera wines consistently receive 90+ points from Wine Advocate, James Suckling and
Wine Enthusiast.

Vintage
The 2013 vintage is characterised as being one of the latest harvests in recent years. A
cold, rainy winter delayed budbreak, increased disease pressure in the vineyard and
the vegetative cycle was delayed. Fortunately warm, sunny weather during the
summer continued into the autumn and enabled the grapes to ripen evenly. The
harvest was delayed due to the poor weather at the start of the year, but the fruit
harvested was full of rich, ripe aromas.

Vineyard
DOCG Cerequio is one of the most esteemed Barolo "crus" of the area. It is a single
vineyard located on the prestigious hillside between the villages of La Morra and
Barolo. The soil is Tortonian and Helvetian calcareous marl, of a basic pH with over 30%
sand. It is poor in organic matter, but rich in microelements such as iron and
magnesium, imparting complexity to the resulting wine. The vineyard covers just three
hectares and this wine is produced in limited quantities. The vineyard sits at 320 metres
above sea level and has a south to south westerly orientation. The Guyot trained vines
are planted at a density of 4,500 vines per hectare. Excess bunches are thinned out at
the end of the summer, leaving an average of just five to six bunches per vine. The
vines are grown sustainably according to the V.I.V.A. Sustainable Wine certification
and are manually harvested.

Winemaking
The grapes were harvested at optimal maturity. Fermentation took place on the skins in
55 hectolitre oak vats and lasted for two weeks. A gentle 'shower system' of immersing
the cap was used during vinification which took place at temperatures of between 27
to 30°C. The wine was matured for a minimum of three years. It was aged for two years
in average sized oak casks before further refinement in the bottle of one year, prior to
release.

Tasting Note
Aromas of mature fruits are complemented by hints of wild mint, eucalyptus, herbs and
fine spice. Rich on the palate with a tightly woven structure of fine tannins, the 2013
shows outstanding elegance and harmony from this truly unique Barolo cru.