Tasting notes - An elegant and intense Barbera, bursting with notes of ripe cherry and redcurrant, layered with a touch of spice. Harmonious, rounded and beautifully balanced through to a lovely savoury finish. 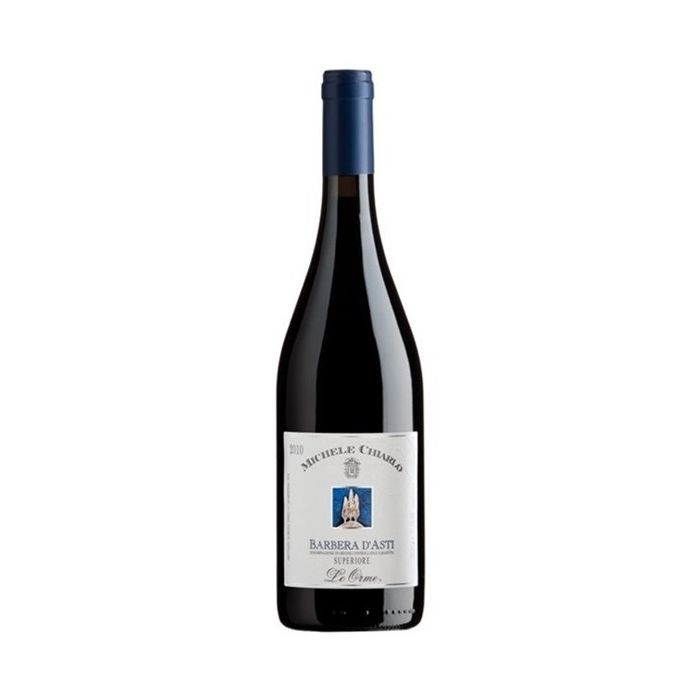 A fresh and approachable Barbera with flavours of red
cherry and cinnamon enhanced by wild herb tones.
Producer Note
Michele Chiarlo is one of Piedmont's most prestigious winemakers, producing
outstanding wines from some of the most exceptional sites in Piedmont, including
Barolo’s world famous Cannubi and Cerequio vineyards. Founded in 1956 by Michele
Chiarlo and now run by his sons Alberto and Stefano, the Chiarlo philosophy “is to
capture the terroir” and with judicious use of oak they develop some wines for ageing
and some which can be enjoyed earlier. Their stunning collection of Barolo and
Barbera wines consistently receive 90+ points from Wine Advocate, James Suckling and
Wine Enthusiast.
Vintage
2019 saw a mild and generally dry winter with occasional snow fall. April and May
experienced heavy rainfall, which delayed flowering, but restored the soil’s water
reserves. June was very hot and dry, fortunately two rainfall events in July brought
balance back to the vintage, which was at risk of drought. The first half of July saw high
maximum temperatures but this gave way to more autumnal weather resulting in a
classic, tardy harvest. 2019 produced low quantities, distinguished by outstanding
quality.
Vineyard
Michele Chiarlo leads the way in the production of Barbera d'Asti and over the past 50
years they have devoted time, research and investment into the vineyards and cellar,
resulting in this highly regarded wine. This Barbera d'Asti is named after the Orme su La
Court, Michele Chiarlo's artistic park. The grapes are cultivated here and also in
Montemareto and Costa della Monarche in the Asti area. The vineyard soils are known
as ‘Astiane Sands’ and consist of calcareous clay marl of sedimentary marine origin,
with a good presence of lime and sand; they are rich in microelements, in particular
magnesium. These soils produce ample, intense and elegant wines of good structure,
yet they are also fresh and velvety with a long, silky finish.
Winemaking
The fruit was picked when it was fully ripe and each vineyard block was fermented
separately. Fermentation took place in stainless steel tanks, lasting for 10 days with
maceration on the skins. A gentle shower system of submerging the cap was used to
extract flavour, colour and structure. After malolactic conversion the wine was racked
and aged in a combination of stainless steel and oak. The oak ageing lasted for three
months, imparting a subtle complexity, but the final blend overall retains its freshness
and the varietal Barbera characteristics. The wine then spent further time in bottle, with
the maturation period totalling 16 months, hence the name 16 Mesi.
Tasting Note
An elegant and intense Barbera, bursting with notes of ripe cherry and redcurrant,
layered with a touch of spice. Harmonious, rounded and beautifully balanced through
to a lovely savoury finish.
Grape
Barbera 100%