Tasting notes - Ruby in colour. On the nose there are dark ripe fruit notes, reminiscent of plum, figs and blackcurrants. Full bodied and well balanced it has ripe berry fruit and mulberry flavours. 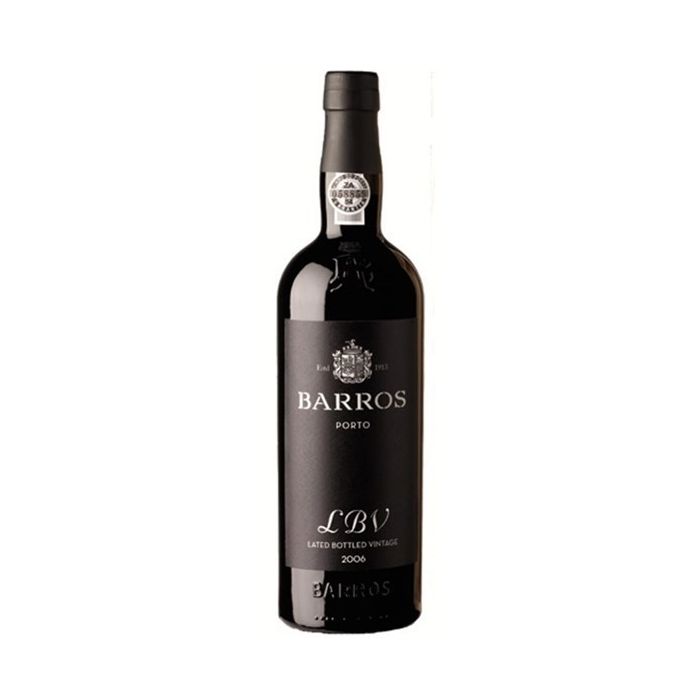 Lovely balance between power and finesse with a silky texture and beautifully sustained flavours of fleshy black cherry fruit.

The vines are grown on terraces cut into the steep hillsides of the Douro Valley. The vines have been planted along the terraces of the greatest slopes, the “Vinha ao Alto”, which translates as "vertically planted vines". The vineyard soils are schist greywacke ante-Ordovician, with some granitic formations. This soil is rich in nutrients and has useful water retention properties. Traditionally, the vines in the region are grown low, close to the ground. The single or double Guyot and unilateral and bilateral cordons are the methods most frequently used for training the vines. Trellises are not permitted for Port Wine grapes. The grapes are manually harvested, once they have reached the optimum maturity according to the variety.

Barros LBV 2013 was produced by the traditional Port method. The grapes were destemmed, crushed and underwent a careful skin maceration in order to obtain the necessary richness, body and fruitiness needed for a Vintage Port. Fermentation took place in vats with constant pump overs during fermentation. Temperatures were controlled and maintained at between 28 to 30°C, until the desired Baumé was reached. At this moment, grape brandy was added, which is known as the ‘benefit’, resulting in a naturally sweet wine.

Ruby in colour. On the nose there are dark ripe fruit notes, reminiscent of plum, figs and blackcurrants. Full bodied and well balanced it has ripe berry fruit and mulberry flavours.