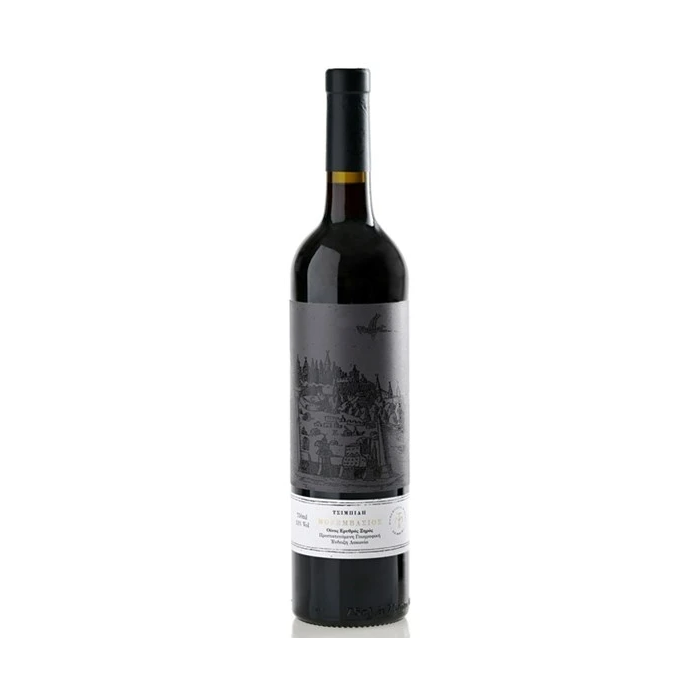 A mature style with rich fig, raisined fruit, coffee, earthy
and truffle flavours against a savoury background.
Producer Note
The Monemvasia Winery Tsimbidi was founded in 1997 with a clear objective: to revive
the production of Malvasia wine in its birth place. The Frankish name for Monemvasia is
Malvasia, which originally lent its name to the wine. In the 12th century and for the
subsequent 300 years, this wine ruled the European world. It is still produced in many
countries, but until recently was not being produced in the country of its origin -
Greece. The Monemvasia Winery created the first privately owned 121 hectares of
vineyard, planted with local varieties. It is committed to producing quality wines which
showcase the characteristics of the indigenous varieties and the terroir of the peninsula
of Maleus.
Vintage
2013 was a good vintage. Winter was mild, with enough rain to build water reserves to
satisfy the vines during the hot summer. The northerly, etesian wind, known locally as
Meltemia, blew across the Aegean Sea, bringing cooling influences to the vineyard
from mid-August to the harvest at the beginning of September.
Vineyard
The Agiorgitiko (pronounced Ah-yor-YEE-te-ko) and Mavroudi (Mav-ROO-dee) vines are
grown on the peninsula of Maleus at the edge of the Parnonas mountain range. The
elevation of the vineyard ranges from zero to 500 metres. Surrounded by the Myrtoo
Sea to the northwest and by the Laconian Gulf to the southwest, the vineyards are
influenced by Mediterranean climate with high sunshine hours and sea breezes. The
soils are acidic and are low in organic matter. All these factors contribute in creating a
unique terroir and the climatic conditions present an ideal environment for healthy
vines, which are cultivated with minimal intervention.
Winemaking
Selected grapes were destemmed, crushed and inoculated with carefully selected
yeasts. Co-fermentation took place of the two varieties in the same stainless steel tank.
An extended maceration took place at 28°C, to extract colour and structure; and to
allow the Agiorgitiko variety to express its opulent characteristics. Fermentation was
followed by spontaneous malolactic fermentation. The wine underwent four month’s
maturation on the lees with bâtonnage, followed by racking and maturation in 225 litre
oak barriques of which 25% were new and 75% were second use, for 12 months. This
wine is only released after significant bottle ageing.
Tasting Note
A gloriously aromatic wine with red fruit aromas complemented complex notes of
mocha, coffee, vanilla and nutty oak flavours. Round and balanced, with ripe tannins
and a velvety texture that leads to a long finish.
Grape
Agiorgitiko 75%, Mavroudi 25%