Tasting notes - An explosion of fruity aromas; a prevalence of cassis and dark, ripe cherry is followed by delicate hints of chocolate. Smooth on the palate, with vibrant red berried notes, combined with hints of liquorice and intriguing notes of Mediterranean herbs such as thyme. Long and persistent on the finish. 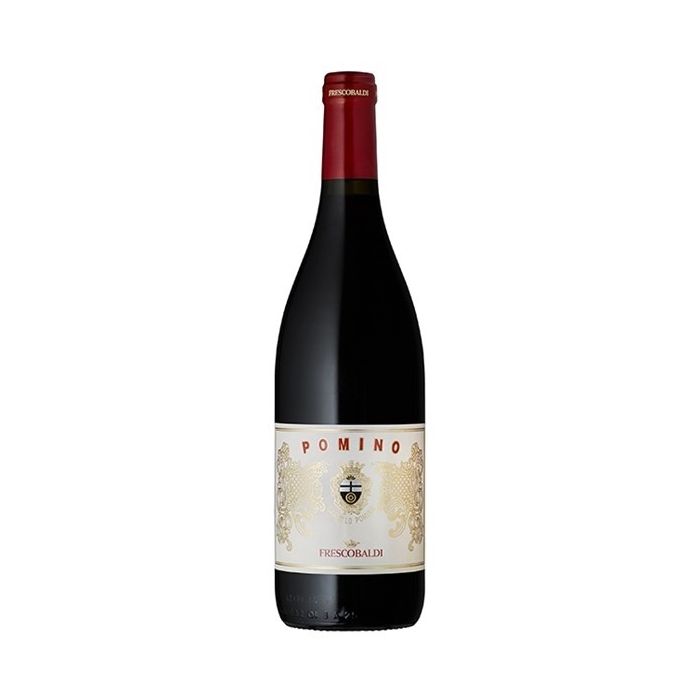 A perfumed wine with a delicate fragrance of dark cherry
and cranberry interwoven with coffee combined with a
hint of leafiness on the finish.
Producer Note
Castello Pomino is the hidden gem of Toscana. Pomino DOC is the highest appellation
in Tuscany and only one other producer makes wine from this tiny appellation. The
wine-making story began in Pomino in the 16th century, but it was in the mid 1800s that
Leonia degli Albizzi, wife of Angiolo Frescobaldi brought about significant innovation.
Born in Burgundy, she boldly cultivated Chardonnay and Pinot Nero at this high altitude
and built the first gravity-fed winery. The vines thrived and the elegant Pomino wines
were produced to wide acclaim, first receiving the gold medal at the Paris Expo of
1878. These stylish wines still have a wonderful luminosity, minerality and finesse to this
day. Gambero Rosso awarded Frescobaldi with the prestigious ‘Tre Bicchieri Winery of
the Year Award 2020’, in recognition of its uncompromising commitment to quality and
innovation.
Vintage
The spring saw significant rainfall. In the months of March, April and May alone, around
420 mm of rainfall was recorded, more than double in comparison with the same
period of the previous year. Sprouting of new shoots on the vines finished in the second
week of April, while flowering took place slightly earlier than expected. Véraison began
in the second half of July. The alternation of sun and light summer rainfall enabled the
Pinot Noir grapes to reach excellent ripeness. The temperature changes during harvest
helped combine the aromas and maintain the freshness typical of Castello di Pomino
grapes.
Vineyard
Pomino DOC is the only Pinot Nero DOC wine made in Tuscany. The vineyard is located
at Castello di Pomino, located in the Apennine Mountains to the east of Florence set in
a charming landscape of chestnut and fir trees. The vineyards, placed at the highest
altitudes in Tuscany at 737 metres above sea level, enjoy a fresh and well ventilated
microclimate. In 1855 grape varieties that were unusual at the time were introduced -
such as Pinot Nero. After 150 years, this variety has found its ideal habitat and produces
wine of extraordinary finesse, elegance and minerality.
Winemaking
The hand-harvested Pinot Noir grapes were fermented at controlled temperatures in 60
hl oak-wood conical vats. The grapes were pressed manually, allowing anthocyanins
and polyphenols to be extracted from the skins. Maceration lasted for two weeks.
Malolactic conversion took place in French oak barriques, followed by a further 15
months’ maturation in barrique. Bottle ageing took place prior to release.
Tasting Note
The explosion of fruity aromas are echoed on the palate: notes of wild red berries,
cassis and dark, ripe cherry are layered with hints of spicy toast, tobacco and coffee.
An elegant, velvety wine with silky tannins and a long finish.
Grape
Pinot Nero 100%