Tasting notes - Full, rich with good depth and concentration of fruit with a hint of spice, liquorice and vanilla. An elegant wine with a lingering finish. 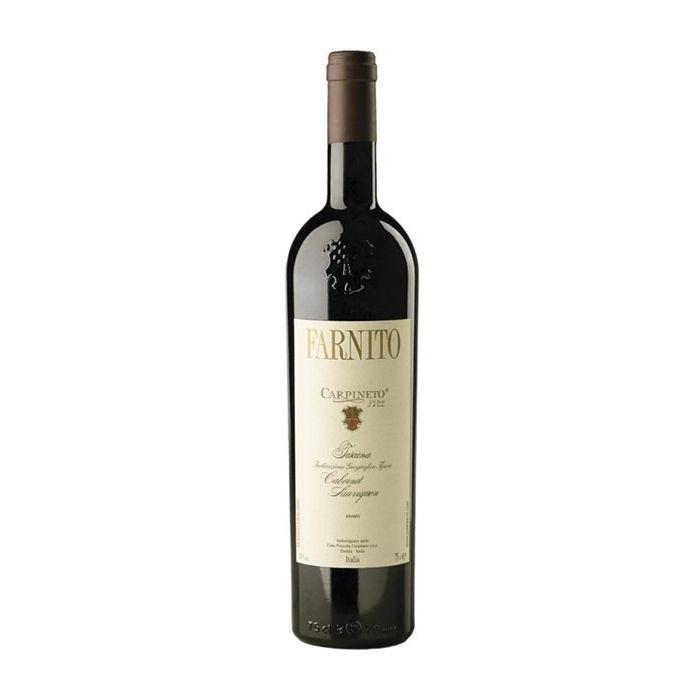 Savoury and concentrated with a hint of cedar spice and
green pepper on the layered finish.
Producer Note
Founded in 1967 by Antonio Zaccheo and Giovanni Sacchet, Carpineto farms 500
hectares of land spread over four estates among Tuscany's most prestigious
appellations. The original aim of the producers – to make modern, world-class red wine
from the Chianti Classico appellation, has been admirably fulfilled. The Farnito and
Dogajolo wines demonstrate the winery’s pioneering approach to making wines from
international varieties in Tuscany. Formerly IWSC Italian Wine Producer of the Year,
Carpineto was the also the first ever Italian winery to be awarded the IWSC
International Winemaker of the Year. Antonio Zaccheo is now assisted by his son
Antonio and daughter Francesca, who have both previously worked in the wine trade
in the USA. Giovanni Sacchet's daughter, Caterina, joined the Carpineto winemaking
team after finishing her viticulture and oenology degree.
Vintage
The winter was cool and rainy, with temperatures warming up in spring. The 2015
summer experienced exceptionally hot temperatures, which produced small,
concentrated bunches of Sangiovese grapes with excellent phenolic structure and
balancing alcohol content. The crop was heathy at harvest time and the resulting
wines show wonderful typicity.
Vineyard
The grapes are from the Gaville Estate near Florence and the Chianciano Estate near
Siena. The vines are grown in clay and limestone soils, which offer water retention
properties to nourish the vines through the warm, sunny growing season.
Winemaking
Each plot was fermented separately in steel tanks at temperatures of between 25 to
29°C, with skin contact lasting 10 to 15 days. After the malolactic conversion was
complete, the separate crus were blended and aged in new, small oak barriques,
where the wine remained until the following January. The wine benefitted from a
minimum of eight months' bottle ageing in the temperature controlled cellars prior to
release.
Tasting Note
Full, rich with good depth and concentration of fruit with a hint of spice, liquorice and
vanilla. An elegant wine with a lingering finish.
Grape
Cabernet Sauvignon 100%