Tasting notes - An elegant yet racy Barolo with black cherry, plum and red berries layered with violet, rose, discreet hints of liquorice and an imperceptible touch of laurel. Lovely combination of freshness and ripeness with fine tannins in the background. 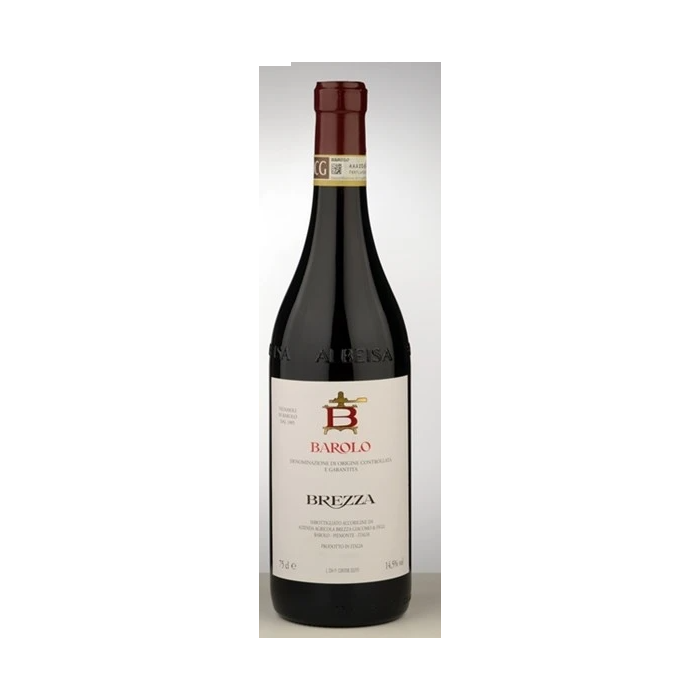 An elegant yet racy Barolo with black cherry, plum and
red berries layered with violet, rose, discreet hints of
liquorice. Lovely combination of freshness and ripeness.

Producer Note
The Brezza family own 12.5 hectares of vines split between the commune of Barolo (in
Cannubi, Castellero and Sarmassa), the two-hectare Santa Rosalia estate just
outside the Barolo DOCG zone between Diano d’Alba and the town of Alba itself,
and two further plots in Monforte d’Alba and Novello. Throughout the vineyards, the
family practices an environmentally friendly approach to viticulture and the estate
has been certified organic since the 2015 vintage. In the cellar, winemaker Enzo
Brezza’s follows a traditional approach with minimal intervention. In order to maintain
freshness and purity, many of the wines are bottled with glass Vinolok closures.

Vintage
2017 was a hot vintage with sparse rainfall. Winter was mild and spring had some
rainfall with above average temperatures. The vines developed early, which
continued throughout the vintage. At the end of April some localised frost occurred.
A long period of fine weather started in May, with above-average temperatures
during the summer being tempered by cooler nights. At the beginning of September
rains refreshed the vines and the grapes were harvested in excellent health.

Vineyard
The organic grapes come from several vineyards, located in the southwestern area
of the Barolo region, around Barolo, Monforte d’Alba and Novello. Planted in 1991,
they have been organically farmed since 2010. Situated at 300 metres’ elevation, the
vines are planted at a density of 3,700 vines per hectare and have south-easterly
and south-westerly orientations. The Nebbiolo vines are Lampia clones and are
grown on rootstocks K5BB and 420A. Guyot pruned and espalier trained, they are
grown in clay-silt, sand and silty soils, resulting in complexity in the resulting wine. The
vines are carefully cultivated by hand, with green harvesting and thinning taking
place to control yields and increase the concentration of flavour in the grapes.
Green manure is employed to enhance the vitality of the soil and the cuttings from
the grass cover crops are left on the soil, to help increase the nutrient value. In
accordance with organic viticulture, copper and sulphur are used when necessary;
herbicides and pesticides are not employed. Harvest takes place by hand.

Winemaking
This wine was made organically with minimal sulphur. The must was fermented at
controlled temperatures, followed by maceration lasting a total of 30 days,
extracting flavour, colour and tannins. It then underwent malolactic conversion,
softening the palate. The wine was then transferred to large Slavonian oak casks of
15 to 30 hectolitres, where it matured for 24 months and then gently prepared for
bottling. It received one year's bottle ageing in the cellar, prior to release.

Tasting Note
An elegant yet racy Barolo with black cherry, plum and red berries layered with
violet, rose, discreet hints of liquorice and an imperceptible touch of laurel. Lovely
combination of freshness and ripeness with fine tannins in the background.