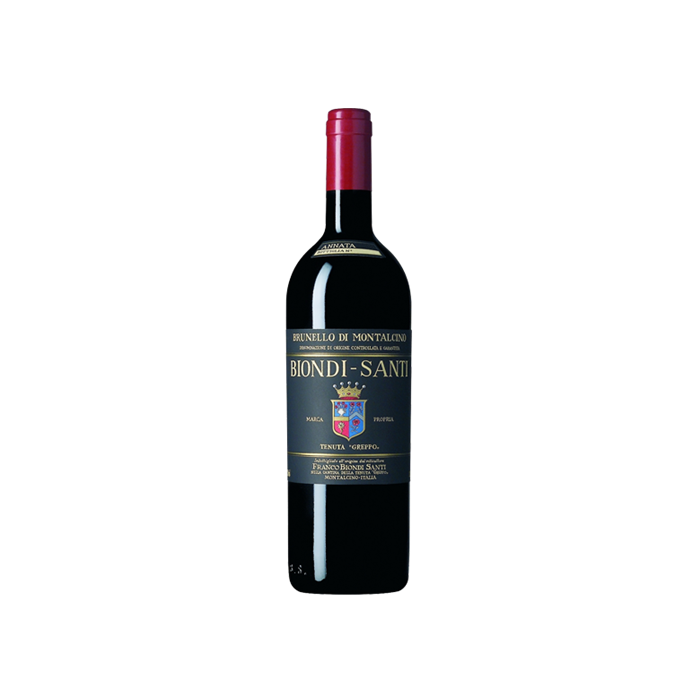 This fabled estate sold a majority of its shares to Christopher
Descours, the owner of Charles Heidsieck, Piper-Heidsieck and
Château la Verrerie, in December 2016. While the 5th and 6th
generations of the Biondi-Santi family, Jacopo and his son
Tancredi, remain actively involved in the running of the estate, the
investment being undertaken by Christopher Descours will ensure
the property modernises in an intelligent manner. The wines are
already among the very best in Montalcino, but we're convinced
that they will improve over the next few years.
VINEYARDS
This 150 hectare property, which abuts Costanti’s estate, has 26
hectares of vineyard split over three sites. The oldest of these plots
is Il Greppo, laying at 500 metres above sea level; this is where the
winery and house are situated. They also have vines down the hill
to the east of Montalcino and to the north, close to Montosoli.
Vineyards between 10 and 25 years of age are used for the
Brunello. The vines are planted in soils characterised by heavy
stone and marl, which helps reduce vigour and aid concentration
of flavour in the grap

VINTAGE
This vintage saw relatively warm summer months, with June and
July mostly hot and dry, aiding healthy bunch development.
August was hot with some light rains, and was followed by a cool
September with rain in the weeks right before the harvest. Harvest
began on 10th September.

TASTING NOTES
In the glass, this wine has an intense ruby red colour. It opens with
a graceful nose focusing on citrus peel with nuances of withered
rose, spice and fresh red fruits. On the palate, there are cherry
flavours and red berry notes. Structured tannins and depth
continue through to a long finish.