Tasting notes - A luscious blend of three Greek indigenous varietals, where ripe dark fruits combine with notes of raisin, coffee, cacao and a hint of spice. Perfumed and polished, this smooth, medium bodied wine delivers sweet and sour notes of black plum, with depth and spice leading to a dry finish. Totally unique. 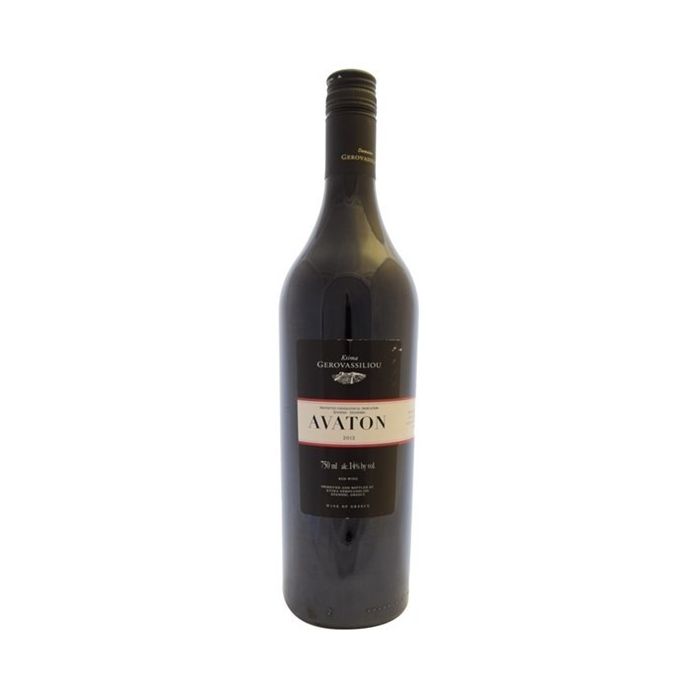 This is an intensely flavoured wine with bags of black
cherry fruit underlined by dark chocolate and tapinade.
Producer Note
Ktima Gerovassiliou is the brainchild of Evangelos Gerovassiliou. He initiated the revival
of the family vineyard by planting the nearly extinct Malagousia in 1981. This state-ofthe-art winery is now surrounded by 80 hectares of meticulously well cared vineyards on
the slopes of Epanomi. Ktima Gerovassiliou guarantees consistent, high quality wines of
international acclaim every year and his Malagousia remains the benchmark to this
day.
Vintage
2018 was characterised by being a premature and overall a dry year. A mild winter
resulted in early budbreak – approximately 12 days earlier than usual. March and April
were very dry, with April having unseasonably higher temperatures than usual,
favouring early maturation. Temperatures cooled a little in the early summer and June
saw warm, drought conditions which continued throughout the summer. Harvest
produced 5% lower yields, but excellent quality fruit rich in primary flavours and
exceptional phenolic ripeness.
Vineyard
At Ktima Gerovassiliou, the single, private vineyard is cultivated with great care and
enthusiasm, which leads to constant research and experimentation with Greek and
international varieties. New technological advances blend well with tradition
throughout the vine growing and vinification processes to produce high quality wines
that carry all the distinct characteristics of the terroir of Epanomi. The climate in the
region of Epanomi is Mediterranean with mild winters and hot summers, tempered by
sea breezes. The vineyard is surrounded on three sides by the sea, which is three
kilometres away, while its west side faces the Thermaic Gulf, Mount Olympus and the
beaches of Pieria. The vines are grown in soils which are mainly sandy with a few clayey
substrates and calcareous rocks. It is rich in sea fossils, as the surrounding hilly area
was formed by sea deposits.
Winemaking
The Limnio (pronounced LIM-neeo), Mavrotragano (Mavro- TRAH- gano) and Mavroudi
(Mav- ROO- dee) grapes were each fermented in small oak casks of 50 hectolitres. The
wine went through malolactic conversion before being aged in French oak barrels for a
period of 12 months.
Tasting Note
A luscious blend of three Greek indigenous varietals, where ripe dark fruits combine
with notes of raisin, coffee, cacao and a hint of spice. Perfumed and polished, this
smooth, medium bodied wine delivers sweet and sour notes of black plum, with depth
and spice leading to a dry finish.
Grape
Limnio 60%, Mavrotragano 20%, Mavroudi 20%