Tasting notes - A refreshing and intensely fruity blend with aromas of apple, pear and peach complemented by delicate white floral notes. Lively and crisp with a mouthwatering finish. 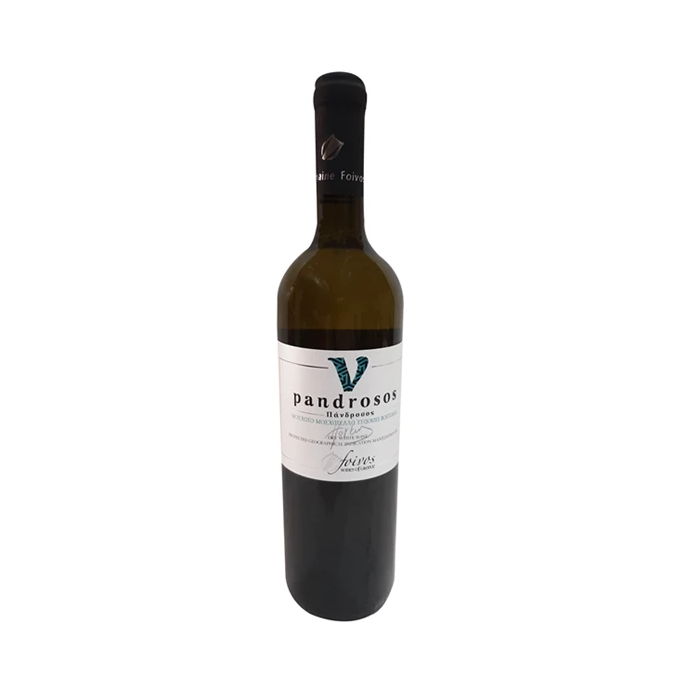 A refreshing and aromatic blend with apple, pear and
peach complemented by delicate pine notes, mineral,
saline and salivating on the finish.
Producer Note
The Foivos winery evolved from the historic Mantzavino winery, one of the oldest in
Greece. The winery was bought in 1996, and in 1999 Theodorous Orkopoulos produced
his first vintages. The winery specialises in rare Greek varieties as well as the better
known Robola. The grapes are farmed organically and biodynamically, and Foivos also
explores alternative winemaking practices such as fermentation in Amphora and
ageing under water. This winery is making some excellent terroir-driven wines that rank
among some of Greece’s finest. Many people believe Kefalonia to be the next
Santorini: watch this space!
Vintage
The 2020 vintage was marked by intense heat, which resulted in early ripening of the
grapes and an early harvest. The winter saw plentiful rains which resulted in a healthy
growing season during the summer. There were no episodes of frost, a rarity for the
island. However, the summer heat reduced yields and resulted in small berries of
concentrated juice. The wines are of excellent quality.
Vineyard
The grapes come from 80 year old pre-phylloxera vines that are on their own
indigenous roots in a vineyard located in the hilly Vatsa area of the Paliki Peninsula of
Kefalonia. The Vatsa area is located in the the PGI Mantzavinata zone, which was
created in 1996. The vineyard sits at 200 metres above sea level. The Mediterranean
climate is influenced by the sea which is just 800 metres from the vineyard. The vines
benefit from the ripening sun and frequent winds; these cooling ocean breezes protect
the vines from the high temperatures and ventilate the vineyard, reducing the risk of
disease. The result is fruit with concentrated flavours balanced by natural acidity. The
old vines have adapted to the environment, they have become resistant to disease
and can be cultivated sustainably with minimal intervention. Grown in limestone soils
from the Homeric era, the vines are dry farmed as the moisture from the sea provides
permanent soil humidity, nourishing the vines throughout the hot summers. Two thirds of
the vines are bush vines.
Winemaking
The grapes were carefully sorted to ensure the best quality fruit was selected. This wine
was vinified following a philosophy of minimal intervention. A cool pre-fermentation
maceration took place for eight to 10 hours to extract aromas and flavours. The free run
musts and pressed musts were fermented separately with wild yeasts at controlled
temperatures, before spending one month on the fine lees with periodical stirring to
impart texture and complexity. The wine was gently filtered prior to being bottled.
Tasting Note
A refreshing and intense blend with aromas of apple, pear and peach complemented
by mineral and herbal notes. Lively and crisp with a salivating finish.
Grape
Vostilidi 40%, Tsaousi 25%, Muscatel 20%, Muscat 15%