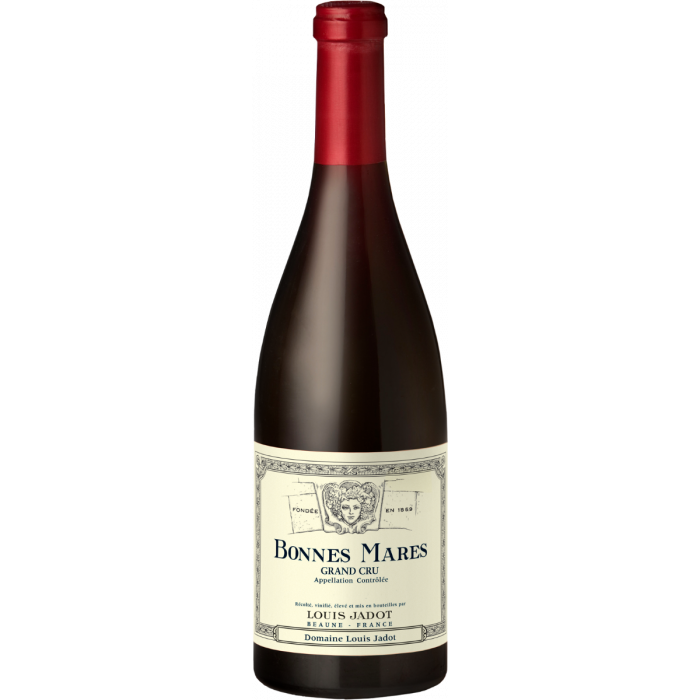 Destemmed grapes ferment in vats during 3 to 4 weeks. Aging takes place in oak barrels produced by our cooperage Cadus during 18 months.

Winter 2013-2014 was particularly mild and rainy. With only four frosts over the course of the season and tempera- tures averaging 1°C higher than normal, this was the third- mildest winter since 1900. As a result, the first signs of rising sap were seen around the start of March, and the first budbreak took place mid-month. In fact, 2014’s budbreak was one of the ear- liest ever seen - comparable with the notably early budbreaks of 2007 and 2011 - taking place, as it did, three weeks ahead of the average set over the course of the past 30 years. The arrival of spring saw little change, with temperatures regularly registering 1-2°C above average for the season. These summer- like temperatures were accompanied by a significant drought, which held until the start of June. Under these conditions, the vines grew rapidly, although the pace slowed somewhat during May, when temperatures cooled somewhat. The return of higher tempera- tures towards the end of May sparked the vines’ flowering, which unfolded in ideal climatic circumstances. On 28 June, part of Burgundy was struck - once again - by a hailstorm. Even though Beaujolais was spared, this event seemed to mark the end of an idyllic spring. The summer that followed was quasi-autumnal in nature: July and August were notable for their cool, rainy weather. This slowed the ripening process down, bringing it back on schedule. Luckily, the return of a settled period of warmer weather towards the end of August and continuing on throughout September allowed the vines to resist disease pressure and the grapes to ripen evenly, both in terms of the balance of sugars and acidity and in terms of polyphenolic ripeness. As a result, harvest, which began on 13 September and finished on the 27th of that month, took place in ideal conditions. The white wines - made from Chardonnay - are both fresh and elegant, while Gamays are smooth, with silky tannins. The 2014 vintage unfolded in a similar manner to the 2007 and 2011 growing seasons, with a summery springtime and an autumnal summer. 2014 is, therefore, a paradoxical vintage, and one that has avoided the curse of vintages ending in ‘4’. It is absolute proof, if proof were needed, of the old adage that ‘août fait le moût et septembre le vin’ (August ripens the must, and September ripens the wine).

Autumn and winter were particularly mild, with good levels of rainfall. Splendid weather conditions in March led to early, vigorous vine growth. The weather stayed dry, and the few late frosts of March and April caused little damage. As spring gave way to summer, the first few months of the viticultural year allowed us to conduct the preliminary work on our soils and vines with great precision and attention to detail. There was lots of intense sunshine during this period, and as a result the vines flowered early, right at the start of June. Flowering came on fast, right across Burgundy, from north to south. Chardonnay, which is very sensitive to dry, hot conditions, suffered a little, and we saw evidence of poor fruit set in many of the bunches. As the seasons turned towards summer, the weather was such that fungal diseases were easily kept under control. At the end of June (on the afternoon of the 28th), a violent hailstorm hit several communes, in the Côte d’Or (Beaune, Pommard, Volnay, Chambolle-Musigny, Vosne-Romanée). Our vineyards in Beaune and in Pommard were particularly badly affected. Summer remained unsettled, with heavy periods of rainfall during August. Véraison began at the end of July, and the growth cycle slowed, pointing towards a harvest starting in early September. The dry weather returned at the beginning of September, bringing with it a welcome north wind that blew for a few days, helping return the grapes to a state of health. Good amounts of sunshine helped to speed the ripening of the grapes. We began our harvest of the white grapes on the 11th of September as they had benefitted immensely from the weather during the first fortnight of the month. The Chardonnays were superb, while the Pinots required a certain amount of triage. Harvest was fast-paced and intense, thanks to the good weather, which continued throughout the month.