Tasting notes - A wine of great elegance, the inviting aromas of juicy red berries, spice and vanilla lead to a tantalisingly fruity palate with mineral nuances and a velvety structure. 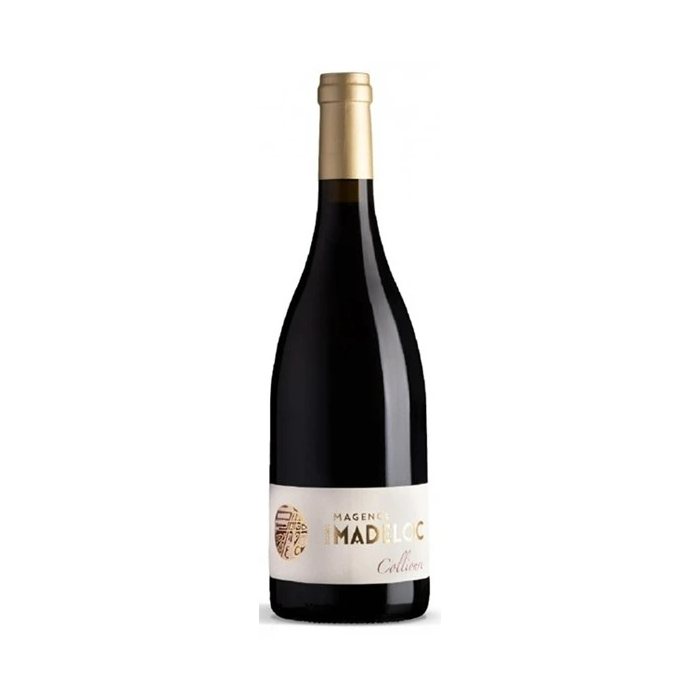 A wine of great elegance, with inviting aromas of juicy red
berries, spice and vanilla leading to a tantalisingly fruity
palate with mineral nuances and a velvety texture.
Producer Note
Domaine Madeloc is situated in the stunning appellation of Banyuls sur Mer, in the
French Roussillon region, which borders onto Catalonia. Winemaker Pierre Gaillard grew
up in vineyards, at the age of 12 he was found ploughing the family vineyard by horse.
Naturally, he followed his love of farming and viticulture and went onto study oenology
in Montpellier. Upon graduating, he became the vineyard manager for Guigal and in
1981, he set out on his own buying his first parcels of land in the Rhône Valley. However
it was Pierre’s passion for the schist soils and slopes that drove him to the Catalan
country and in 2002, Pierre purchased Domaine Madeloc. In 2009, Pierre’s daughter
Elise joined in him at the Domaine, which now covers 18.5 hectares of mountain and
coastal vines. Together they produce clear, precise and fruit-forward wines from the
estate’s dramatic slopes that overlook the Mediterranean Sea.
Vintage
2018 was characterised as having higher than average rainfall, throughout spring and
summer. This required vigilance in the vineyard due to higher disease pressure, but the
careful management led to the production of healthy, balanced and juicy grapes.
Vineyard
The estate vineyard is located in the AOP Collioure, where the steep, sloped terroir is
planted on terraces to enable cultivation. The climate is dry and very hot during the
summer, which naturally reduces the risk of disease and the mitigating sea winds bring
minerality and elegance to the wines. The vines are trained on stakes, which allows for
larger canopies to offer the fruit shade from the hot sun. The parcels of old vine
Grenache and Carignan, include vines that are almost one hundred-years-old and
produce incredibly low yields of just 17 hl/ha. The vines are planted at a high density of
approximately 6,000 vines per hectare, which encourages the vines grow deep roots to
reach the limited water supplies. The grapes used to produce Magenca come from
plots planted at altitude, where the vines benefit from diurnal temperature differences,
resulting in supple tannins and depth of flavour. The schist soil is made up of shale
which imparts mineral characteristics, elegance and opulence to the wine. Magenca
translates from Catalonian as the technique of 'covering rootstocks with earth'.
Winemaking
Each parcel was picked at its optimum maturity and vinified separately. The grapes
were destemmed and underwent a cool pre-fermentation maceration. Traditional
vinification techniques were used with the aim of revealing the typicity of the old vines.
Fermentation took place with selected yeasts, pumping over, punching down of the
cap and rack and returns taking place to extract the aromas, flavours and colour.
Warm post-fermentation maceration took place, which favours the extraction of the
silkiest tannins. Maturation lasted for 18 months in seasoned French oak barrels.
Tasting- Note
A wine of great elegance, the inviting aromas of juicy red berries, spice and vanilla
lead to a tantalisingly fruity palate with mineral nuances and a velvety structure.
Grape
Grenache Noir 60%, Mourvèdre 30%, Carignan 10%
Winemaker: Elise Gaillard
Region: LanguedocRoussillon
Subregion: Collioure
Country: France
Alcohol: 14%