Tasting notes - The second wine of Château Cantenac Brown is textured and opulent with rich aromas of red fruits complemented by notes of dark chocolate. Full and round, with the red fruit aromas echoed on the palate, the tannins are seamlessly integrated through to a powerful finish. 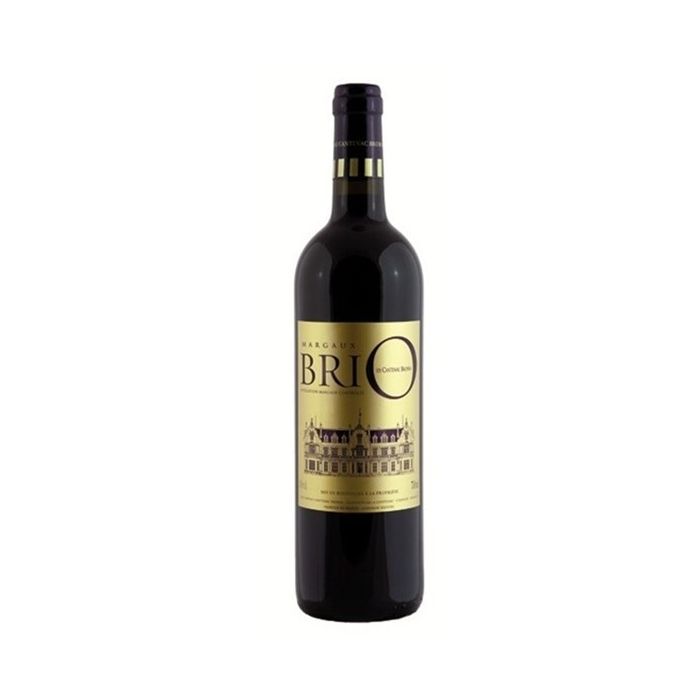 A textured and opulent Margaux showing dark chocolate
and rich black fruit flavours through to a full and firm
finish.
Producer Note
Château Cantenac Brown is without doubt one of the most original buildings in the
Médoc. John-Lewis Brown bought the vineyard in Cantenac at the beginning of the
19th century and built a traditional Tudor style château reminiscent of his Scottish
origins. The estate quickly passed out of his family but his name will be forever linked to
the château. Today Cantenac Brown has 42 hectares of sustainably cultivated
vineyard located in the heart of the Margaux appellation, principally in the southern
commune of Cantenac. The Cantenac Brown terroir is made up of gravel which
ensures good drainage and Cabernets in particular do well in this soil; producing fine
wines with intense bouquets which are suitable for ageing.
Vintage
Major frost occurred in April 2017 in Bordeaux, resulting in the lowest yield in over 25
years across the region. The fruit that remained achieved good ripeness levels, but in
limited quantities.
Vineyard
The vineyard is managed using sustainable agriculture; strictly plant-based fertilisers are
applied in moderation. The Cantenac Brown team uses traditional soil maintenance
techniques to enhance the structural, chemical and biological properties of the soil.
The vines have an average age of 35 years and are pruned according to the double
Guyot method. They are meticulously cared for throughout the year, with pruning;
removal of buds, leaves and secondary shoots; thinning out and yield control, all taking
place to ensure the highest possible quality.
Winemaking
Fermentation took place in temperature controlled stainless steel vats followed by a
maceration lasting approximately three weeks to impart colour, flavour and fine tannins
to the wine. Malolactic conversion took place in oak barrels and in vats. The wine was
then matured for 12 months in French oak barrels of which 25% were new and 75%
were one year old. The wine was racked every three months and fined with egg whites
prior to bottling.
Tasting Note
The second wine of Château Cantenac Brown is textured and opulent with rich aromas
of red fruits complemented by notes of dark chocolate. Full and round, with the red fruit
aromas echoed on the palate, the tannins are seamlessly integrated through to a
powerful finish.
Grape
Merlot 49%, Cabernet Sauvignon 40%, Cabernet Franc 11%
Winemaker: José Sanfins
Region: Bordeaux
Subregion: Margaux
Country: France
Alcohol: 13.5%