Tasting notes - Bright, intense ruby red in colour, the exotic fruit aromas combine with notes of delicate notes of spice and liquorice. A mellow wine with supple tannins, leading to a lovely long and spicy finish. Quite delicious. 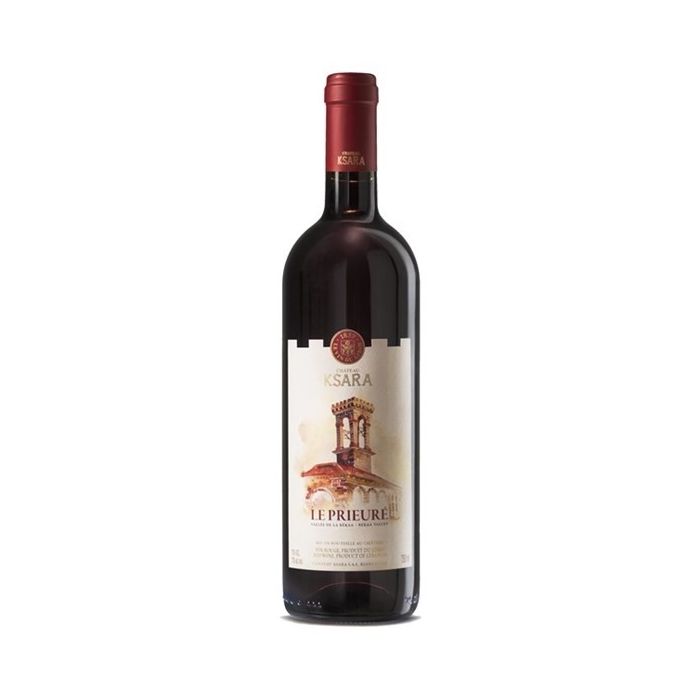 Warm and juicy Mediterranean style wine with herbal and red fruit nuances and finishing on a spicy note.

Ksara's vineyards are located in the central and western Bekaa Valley at an average altitude of 1,000 metres. The Bekaa enjoys dry summers and has the advantage of its own natural water table, courtesy of the melting snow that runs off the Lebanon and Anti-Lebanon mountain ranges, therefore no irrigation is needed in the vineyards. The slopes on either side of the valley and the valley itself, create a unique microclimate in which the cool nights compensate for the hot summer days. The soils are stony with chalk, clay or limestone based. Vines are either double Guyot or cordon trained and their grapes can be considered to be grown organically because of the very limited used of sulphur-based pesticides. Harvesting is manual and the standard yield of the vineyards is between 40 and 45 hectolitres per hectare.

The grapes were manually harvested and transferred to tank for fermentation. The Cinsault was fermented for a short time to retain its freshness; the Grenache and Carignan were fermented for a longer period in order to extract aromas and spicy flavours, while the Mourvèdre underwent a long skin contact, expressing length and elegance in the resulting wine. The free run and press wines from each variety underwent malolactic fermentation in separate vats. They were then matured for 14 to 18 months before being blended, fined and bottled.

Bright, intense ruby red in colour, the exotic fruit aromas combine with notes of delicate notes of spice and liquorice. A mellow wine with supple tannins, leading to a lovely long and spicy finish. Quite delicious.