Chateau Ksara is Lebanon's oldest and largest winery. This rich red shows the typical Mediterranean character of wines from the Bekaa Valley, dense dark fruits, with a rich seam of spice and a lifted fresh finish that creates a wine with great elegance and finesse.

Tasting notes - This wine with its dark ruby-red colour is a fusion of finesse and elegance; with notes of beautifully integrated oak and vanilla enveloped in supple, pure and round tannins and a wonderful persistence on the palate. 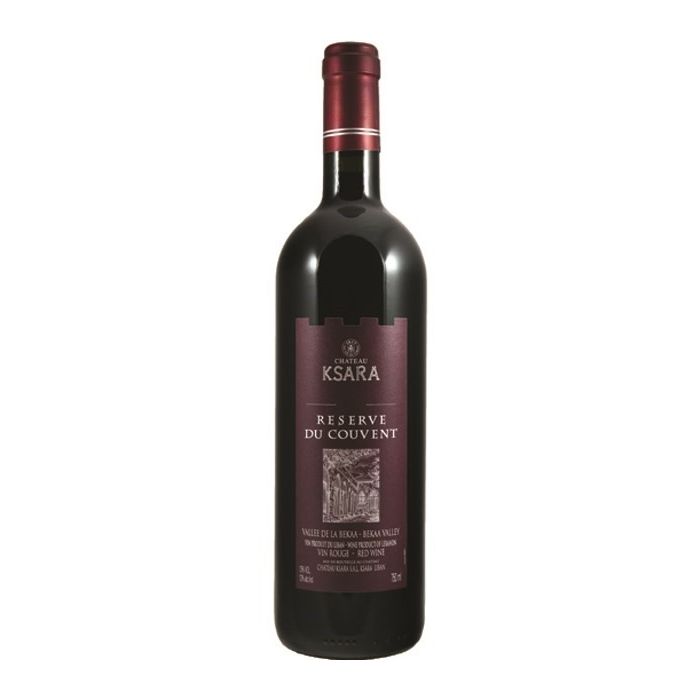 A dry and savoury red with fragrant cranberry and redcurrant fruit and a hint of cloves and graphite on the finish.

Ksara's vineyards are located in the central and western Bekaa Valley at an average altitude of 1,000 metres. The Bekaa enjoys dry summers and has the advantage of its own natural water table, courtesy of the melting snow that runs off the Lebanon and Anti-Lebanon mountain ranges; therefore no irrigation is needed in the vineyards. The slopes on either side of the valley and the valley itself create a unique microclimate in which the cool nights compensate for the hot summer days. Vines are either double Guyot or cordon trained and their grapes can be considered to be grown organically because of the very limited used of sulphur-based pesticides. Harvesting is manual and the standard yield of the vineyards is between 40 and 45 hectolitres per hectare.

The grapes were manually harvested at optimal ripeness, destemmed and fermented at 26 to 30°C. Post fermentation maceration took place for 12 to 15 days, extracting the desired levels of colour, aromatics, flavour and fine structure. The drawn off and pressed wines were separated and malolactic fermentation took place. The wine was racked and each variety was matured in oak casks. The wine then aged for 12 months before being blended, fined and bottled.

This wine with its dark ruby-red colour is a fusion of finesse and elegance; with notes of beautifully integrated oak and vanilla enveloped in supple, pure and round tannins and a wonderful persistence on the palate.