Tasting notes - Bold and intense, this mature wine shows pronounced black fruit aromas, combined with ripe plum, black pepper, walnuts, and a hint of black pepper. With great intensity of colour and flavor, the fine integrated tannins underpin the complex palate and lead to a long and powerful finish. 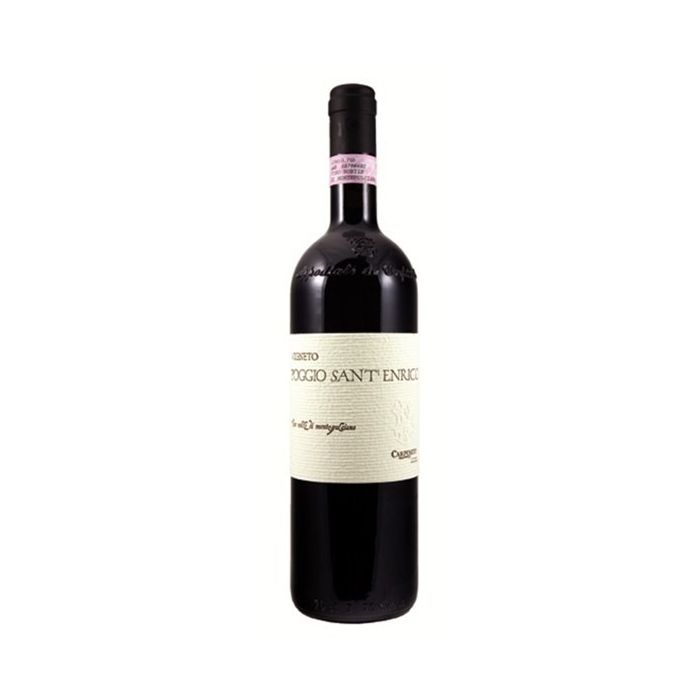 A mature wine, intense with opulent earthy and gamey
flavours and a long, textured and savoury finish.
Producer Note
Founded in 1967 by Antonio Zaccheo and Giovanni Sacchet, Carpineto farms 500
hectares of land spread over four estates among Tuscany's most prestigious
appellations. The original aim of the producers – to make modern, a world-class red wine
from the Chianti Classico appellation has been admirably fulfilled. The Farnito and
Dogajolo wines demonstrate the winery’s pioneering approach to making wines from
international varieties in Tuscany. Formerly IWSC Italian Wine Producer of the Year,
Carpineto was also the first ever Italian winery to be awarded the IWSC
International Winemaker of the Year. Antonio Zaccheo is now assisted by his son
Antonio and their daughter Francesca, have both previously worked in the wine trade
in the USA. Giovanni Sacchet's daughter, Caterina, joined the Carpineto winemaking
team after finishing her viticulture and oenology degree.
Vintage
2014 saw wide temperature shifts and abundant rainfall with short, but copious rainfall;
windy days and temperatures below the seasonal average. However, favorable
climatic conditions during September and into the first half of October saw good
summer temperatures combined with cool nights, which allowed the grapes to
gradually achieve complete ripeness.
Vineyard
This wine is produced from 100% Sangiovese fruit from the 1.33 hectare Poggio di
Sant'Enrico Piccolo vineyard and the 3.65 hectare Poggio Sant'Enrico Grande
vineyards. These are single vineyards situated at between 300 and 350 meters in
elevation on Carpineto's Chianciano Estate in Montepulciano, with southern exposures
on rolling hillsides. The Piccolo vineyard was planted in 1978 and the Grande vineyard
was planted in 1995 at a density of 4,464 vines per hectare. The vines are trained to a
bilateral cordon with vertical shoot positioning. The grapes are clone SS-F9-A, on a 420A
rootstock which is grown in deep sedimentary soil with sandy clay and limestone.
Winemaking
The grapes were fermented in small lots at temperatures of between 25 to 30°C using
indigenous, wild yeasts. Fermentation took place in stainless steel tanks and was
followed by 12 days of maceration with frequent aerations, pump overs, and punchdowns for optimum polyphenolic extraction. Malolactic conversion occurred
simultaneously. The wine was aged in new French and American oak barrels for 13
months, before being bottled unfiltered. Bottle ageing took place in underground
cellars for approximately four years.
Tasting Note
Bold and intense, this mature wine shows pronounced black fruit aromas, combined
with hints of walnut, black pepper spice, and vanilla. With great intensity of colour and
flavor, the fine integrated tannins underpin the complex palate and lead to a long
and powerful finish.
Grape
Sangiovese 100%