Tasting notes - An aromatic and complex expression of the Sousón variety, with notes of cherry, cinnamon, lilac, violet and wild red berries through to a rounded palate with a savoury touch. 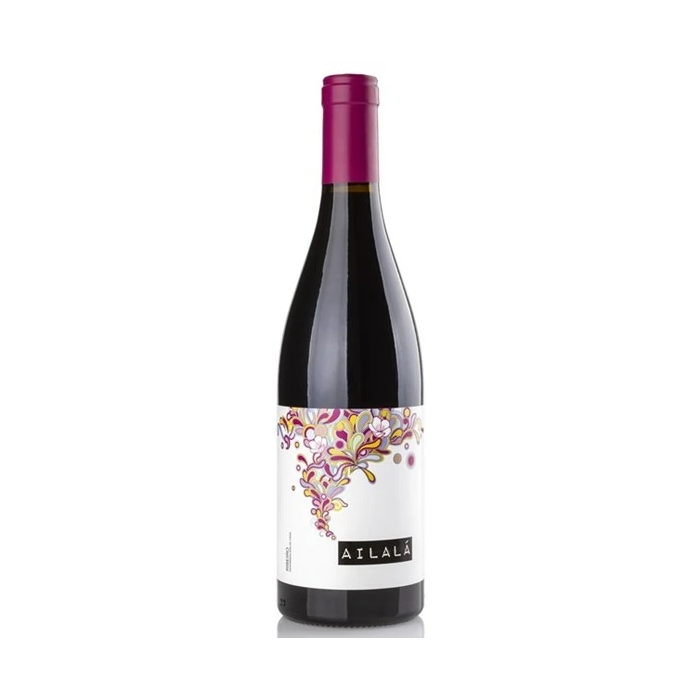 An aromatic and complex expression of the Sousón
variety, with cherry, cinnamon and wild red berry notes
through to a rounded palate with a savoury touch.
Producer Note
Ailalá is a viticultural project created on the concept of being new, young and fresh
created by winemaker Inma Pazos and sommelier Miguel Montoto, who produce wines
with a clear identity built around the concept of terroir. Produced from indigenous
varieties, the wines highlight the character of the North West of Spain, where the strong,
cooling Atlantic influence is combined with sustainable cultivation techniques reflect the
utmost care for the land. The result is a duo of indigenous, fun and vibrant varietal
wines with great personality that come from this historic wine producing region. Ailalá is
a Galician word, used in traditional folklore that has clear Celtic origins. Although it
does not have a direct translation, is a cry of joy and fun: 'Ailalá!, Ailalelo!', it’s the
Galician equivalent of Olé!
Vintage
2018 saw a cold winter followed by a warm spring with low rainfall, which favoured
early budding and sprouting of the vines, advancing the cycle. The taller vines were
spared from any frost damage during the April frosts. The summer weather was hot and
extremely dry which allowed the grapes to mature and produce concentrated juice full
of varietal characteristics.
Vineyard
The grapes come from the Esposende and Gomariz estate vineyards in the Avia River
Valley, which are located in the D.O. Ribeiro within the Galicia region of Spain. The D.O.
is located between the Rias Baixas to the west and Ribeira Sacra to the east. The vines
for this wine are planted around Esposende and Gomariz municipalities on a
combination of terraced plots known as socalos, and sloped plots orientated to
maximise exposure to the sun. The soils in the region are granitic sands, known locally
as sábrego, which warm up quickly and retain the heat. The region is greatly
influenced by the Atlantic Ocean with relatively high rainfall and humidity, although its
inland location shelters it from the impact of Atlantic storms. High levels of sunshine
allow the grapes to reach excellent maturity levels, however the characteristic high
acidity from the cooler influences, results in wines of great balance. The grapes are
hand-harvested at optimal maturity.
Winemaking
The grapes were carefully selected in the vineyard and sorted at reception in the
winery. The grapes underwent skin-contact maceration at low temperatures to extract
aromatic, flavour and colour prior to fermentation in stainless steel tanks with wild
yeasts. During vinification, periodic pump-overs and punching-down of the cap took
place. The wine was barrel aged in 500 litre French oak barrels for four months before
being bottled on a Fruit Day in August.
Tasting Note
An aromatic and complex expression of the Sousón variety, with notes of cherry,
cinnamon, lilac, violet and wild red berries through to a rounded palate with a savoury
touch.
Grape
Sousón 85%, Brancello 5%, Caiño Longo 5%, Ferrol 5%