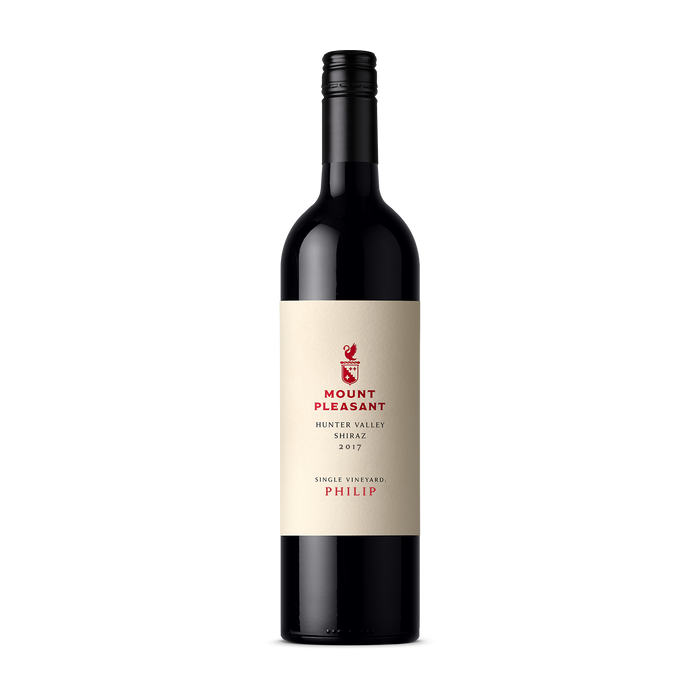 Fresh red and black berried fruits, subtle oak spice and
hints of blueberry lead to a beautifully balanced palate
with impeccable length.
Producer Note
Mount Pleasant, based in the Hunter Valley, was established in 1921 by the legendary
winemaker Maurice O’Shea, from 16.3 hectares of adjoining parcels of land, which he
named Mount Pleasant. The McWilliam family purchased the estate in the 1930s and
encouraged Maurice O’Shea to continue his winemaking, and as Chief Winemaker he
went on to make some of Australia’s greatest wines. O’Shea’s reputation stands as the
grandfather of Australian wine and a pioneer of the industry. Sadly, Maurice O’Shea
passed away in 1956, but his legacy has been continued by top class winemakers. In
2017, Mount Pleasant was named Winery of the Year by James Halliday and in 2018
award-winning winemaker Adrian Sparks took over as the fifth Chief Winemaker and
continues to produce world class wines from this renowned estate.
Vintage
Dry throughout the growing season, bud burst occurred early but a cool spring slowed
the growth periods and the fruit ripening was around two to three weeks later than
usual. December saw warm weather with average rainfall allowing for healthy and
clean canopies providing excellent ripening conditions for the fruit. January and
February saw significantly lower rainfall, which meant ripening was even and the team
could pick the grapes at optimum ripeness.
Vineyard
Inspired by the first visit of a reigning monarch to Australia in 1954, Mount Pleasant
'Philip' Shiraz is the personification of a distinguished family history dating back more
than 130 years. Made in an authentic Hunter Shiraz style, this complex wine is crafted
from small parcels cultivated in the premium subregion of Pokolbin in the Hunter Valley.
The vineyard is cultivated using sustainable techniques, such as employing mulch to
nourish the vines and growing cover crops to increase the biodiversity in the soil. This
sustainable approach has resulted in some of the healthiest vines on the estate in
recent years, the vines have developed plentiful canopies which have assisted in
preventing sunburn of the fruit.
Winemaking
The grapes were crushed to a combination of open top and static fermenters for a
gentle three day pre-fermentation cold soak. Fermentation took place with selected
yeasts, during which, colour and tannins were gently extracted from the skins by a
combination of plunging and pumping-over techniques, for a period of up to 10 days.
After pressing, the wines were transferred to a combination of stainless steel, to give
freshness; and oak barrels, (10% new) to impart richness and complexity, for a
maturation period of 12 months. The parcels were then blended and prepared for
bottling.
Tasting Note
Ample notes of fresh red and black berried fruits, subtle oak spice and hints of
blueberry lead to a beautifully balanced palate with finely woven tannins and
impeccable length.
Grape
Shiraz 88%, Pinot Noir 7%, Other Varieties 5%
Winemaker: Adrian Sparks
Region: New South Wales
Subregion: Hunter Valley
Country: Australia
Alcohol: 13.5%