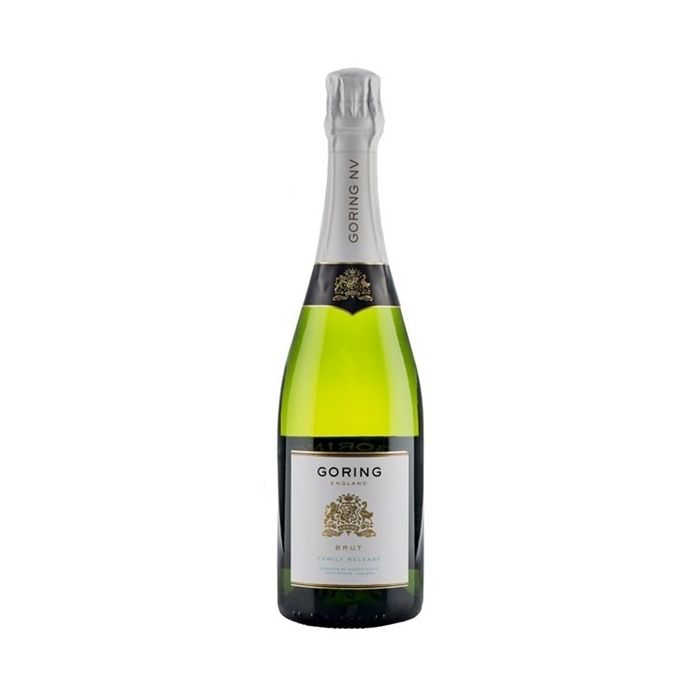 Dermot Sugrue is not exactly a new name in the English wine industry but he is certainly a winemaker at the top of his game. Born in Ireland in 1974, he studied Viticulture and Oenology at Plumpton Agricultural College before completing two seasons working at Château l'Eglise-Clinet and Château Leoville-Barton. In 2003, he joined Nyetimber and was appointed winemaker in 2004. From Nyetimber he moved to the beautiful, family-run Wiston Estate in 2006, nestled in the heart of England’s rolling South Downs in West Sussex, to work with the Goring Family who has owned the estate since 1743. The Goring Brut, Rosé and Blanc de Blancs are made exclusively for us by Dermot Sugrue and take their name from the Goring family.

The fruit comes from two vineyards situated on the South Downs in West Sussex, which are above the 50th parallel and are influenced by a cool, coastal climate. The cool winters, moderate rainfall and temperate summers, combined with cooling sea breezes encourage the grapes to ripen slowly, retaining the natural acidity crucial for producing freshness in high quality sparkling wine. The vines are grown on a chalk escarpment, which is not dissimilar to the soils found in the vineyards of the Côtes de Blancs in Champagne. These chalky soils provide excellent drainage for the vines, as well as imparting great elegance and finesse to the wines. The vines are planted at a density of 4,000 vines per hectare and are trained according to the Vertical Shoot Positioning (VSP) method, with Guyot pruning. The vines are tended by hand, with careful canopy management ensuring maximum sunlight exposure in this capricious climate. The Wiston vineyard is run according to a strict philosophy of sustainability, with soil cultivation methods being used rather than synthetic preparations. The harvest takes place manually when the grapes have reached optimum maturity levels.

Vinified using the Traditional Method. Made with equal parts Chardonnay, Pinot Noir and Pinot Meunier, which were each pressed separately in whole bunches using a traditional Coquard basket press which is unique to the UK. The juice was then fermented entirely in stainless steel tanks. Each component of the final assemblage wine went through malolactic fermentation and was allowed to rest on its lees prior to bottling. The second fermentation took place in the bottle, maturing on its fine lees in cellar for an average of three years, before disgorging at seven grams per litre.

A refined and elegant apéritif, which also accompanies fish dishes and fresh seafood.